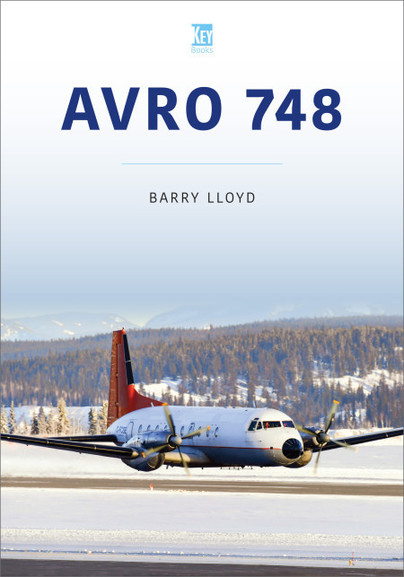 The vision of Alliott Verdon Roe and his team in designing and building the 748 resulted in a highly successful commercial airliner, that since the 1960s has been responsible for opening new air routes in many corners of the world. Many of the airstrips into which the 748 formerly operated are now fully fledged international airports, with paved runways, sophisticated air traffic control and navigation equipment, and shops, but it was not always this way. In the early days, the 748 proved its worth worldwide by operating on dirt airstrips and at high elevations and temperatures.

Spanning a period of almost 30 years, this book sets out to illustrate some of the many operators of the type, from the initial Series 1 to the final Series 2B. Fully illustrated with over 100 photographs, many of which have not previously been in the public domain, this book dives into the history and global impact of the Avro 748.

Barry began his working life in aviation at Cambrian Airways at Liverpool Airport, before moving on to Pakistan International Airlines in Manchester. After some years out of the aviation industry, he returned to aviation, working for BIA/Air UK at Blackpool and Gatwick airports. Following this, he joined British Aerospace at Manchester, where he was sales manager for Latin America and the Caribbean. Later, he transferred to BAe’s Corporate Jets division, where, amongst other things, he led the team that achieved the certification of the BAe 125 in Russia. Since then, he has worked in the operations department of handling agents at Manchester, East Midlands and Luton airports.