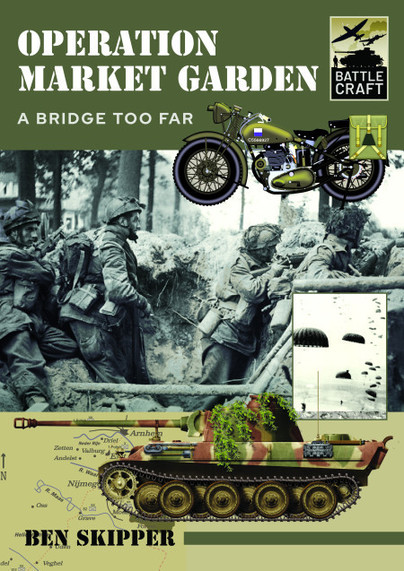 A Bridge too Far

Preorder
Add to Wishlist
You'll be £13.50 closer to your next £10.00 credit when you purchase Battle Craft 2: Operation Market Garden. What's this?
+£4.50 UK Delivery or free UK delivery if order is over £35
(click here for international delivery rates)

Order within the next 3 hours, 34 minutes to get your order processed the next working day!

Every General’s aim is to end a war by Christmas, and Montgomery, perhaps, saw his opportunity in a bold strike across the southern portion of the Netherlands close to the borders of an embattled Reich. Still heady from earlier victories in the Normandy campaign, the plan to push deep into enemy territory, with land and airborne forces, was as daring as it was dangerous. Some would say the furthest objective, Arnhem Bridge, was a Bridge too Far.

Separated into two distinct elements, Market, the airborne assault, was designed to capture the vital bridges across the many rivers and canals that were needed. Garden, the ground assault, would ensure the bridges were soon part of a wider Allied salient. However, planning and intelligence was as not as thorough as it had been in previous operations and Market Garden turned from glorious adventure, with easily achievable aims, to an almost devastating defeat.

This Battle Craft title also looks at four pieces of military hardware that were involved in these legendary battles. Representing the land forces are the Triumph HW3 motorcycle, a dispatch riders stalwart and the unique German Sd.Kfz.2 Kettenkrad. These amazing machines were vital in maintaining lines of communications. On the main route of the march, the state-of-the-art British Cromwell duelled valiantly against the deadly Panther Ausf G.

The Quartermaster section provides the modeller with an insight into the development and operational use of the four chosen vehicles that were involved in Market Garden. A selection of historical and contemporary photos and illustrations feature alongside stunning showcase builds, providing the modeller with subjects to whet the creative appetite. It also features details of model kits and extras that can really help the modeller bring military history to life.