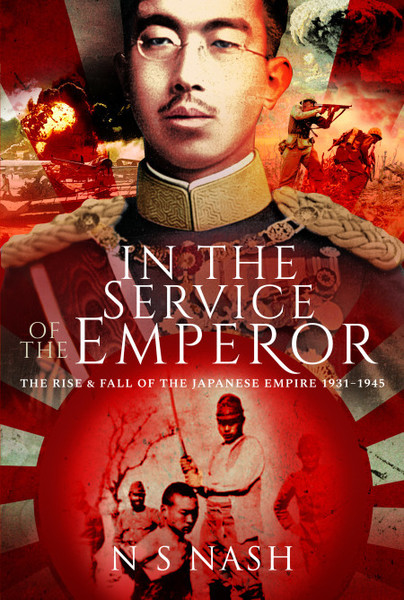 In the Service of the Emperor (Hardback)

Preorder
Add to Wishlist
You'll be £20.00 closer to your next £10.00 credit when you purchase In the Service of the Emperor. What's this?
+£4.50 UK Delivery or free UK delivery if order is over £35
(click here for international delivery rates)

The expansion of the Japanese Empire between 1931 until its defeat in 1945 is one of the most extraordinary yet shocking episodes in human history. Extraordinary in that a relatively non-industrialised island nation was prepared to go to war, concurrently, with China, the most populous country, Great Britain with its world-wide empire and the USA, the wealthiest and most powerful country on earth. Shocking, as those 'in the service of the Emperor’ practiced persistent and unrestrained brutality as they conquered and occupied swathes of South East Asia. But, as this superbly researched work reveals, there is no denying their fighting and logistical expertise.

The author examines the political, economic and strategic effects of the rapid Japanese expansion and explores the cult of deity that surrounded the Emperor. The contribution of the Allied forces and their leadership is given due attention.

When retribution duly came, it was focussed on the military leadership responsible for unspeakable atrocities on their military and civilian victims. The physical perpetrators remaining largely unpunished. Japan, today, has still not acknowledged its wartime guilt.

The result is an authoritative, balanced and highly readable account of a chapter of world history that must never be forgotten.