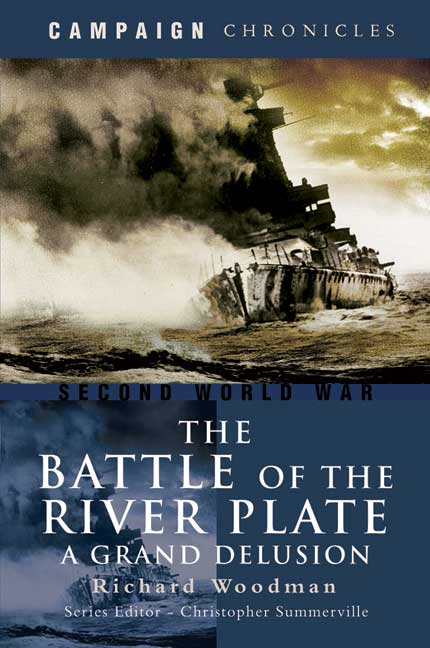 Battle of the River Plate (ePub)

Click here for help on how to download our eBooks
Add to Basket
Add to Wishlist
You'll be £4.99 closer to your next £10.00 credit when you purchase Battle of the River Plate. What's this?
Need a currency converter? Check XE.com for live rates

The Battle of the River Plate was the first major naval confrontation of the Second World War, and it is one of the most famous. The dramatic sea fight between the German pocket battleship Admiral Graf Spee and the British cruisers Exeter, Ajax and Achilles off the coast of South America caught the imagination in December 1939. Over the last 60 years the episode has come to be seen as one of the classics of naval warfare. Yet the accepted interpretation of events has perhaps been taken for granted and is ripe for reassessment, and that is one of the aims of Richard Woodman's enthralling new study.

'This author has made it all so very riveting, it really is a book which is hard to put down until finished.' Royal Geographical Society

The Battle of the River Plate was an important
propaganda coup for Great Britain and the Commonwealth. As such, there was inevitably some development of myth. The author has produced a very readable review of the action that reassesses the event. Highly recommended.

...this author has made it all so very riveting, it really is a book which is hard to put down until finished.