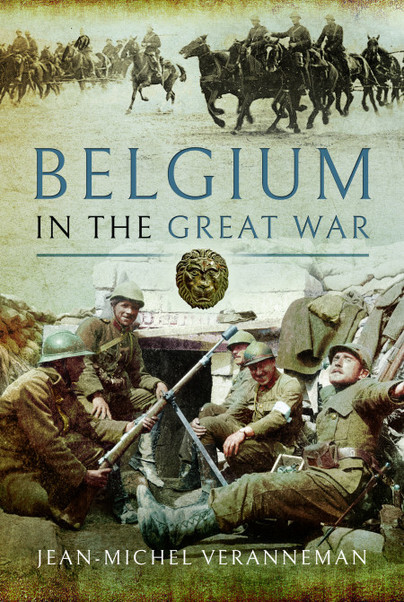 Belgium in the Great War (Hardback)

Add to Basket
Add to Wishlist
You'll be £17.50 closer to your next £10.00 credit when you purchase Belgium in the Great War. What's this?
+£4.50 UK Delivery or free UK delivery if order is over £35
(click here for international delivery rates)

Jean-Michel Veranneman (whose father fought with distinction in the war) has provided the reader with a deeply researched and highly informative account of Belgium’s war and its aftermath. He effectively counters the premise of ‘poor little Belgium’ with his research and the detailed image of the reality of war ads it affected Belgium. I highly commend this book for those with an interest in the Great War for the insights it provides on Belgium’s war.