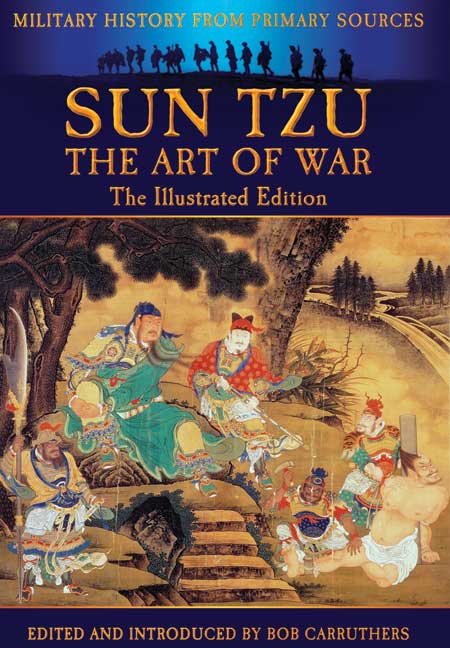 Sun Tzu The Art of War Through the Ages (Illustrated) (Paperback)

Add to Basket
Add to Wishlist
You'll be £9.99 closer to your next £10.00 credit when you purchase Sun Tzu The Art of War Through the Ages (Illustrated). What's this?
+£4.50 UK Delivery or free UK delivery if order is over £35
(click here for international delivery rates)

‘The Art of War’ is an ancient Chinese military treatise that is attributed to Sun Tzu, a high ranking military general and strategist. It is composed of thirteen chapters, each of which is devoted to one aspect of warfare.

It is accepted as a masterpiece on strategy, mastering conflict and winning battles. The text is frequently cited and referred to by generals and theorists since it was first published, translated, and distributed internationally.

This new illustrated edition contains the translated text, and wide ranging photography showcasing how the ideas and philosophies of the Art of War have remained relevant over the course of history.