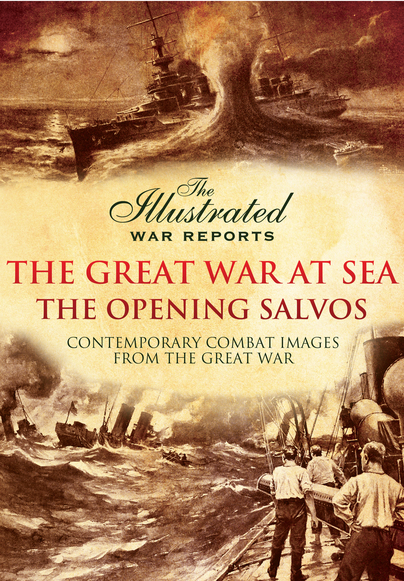 The Great War At Sea - The Opening Salvos (Paperback)

Add to Basket
Add to Wishlist
You'll be £12.99 closer to your next £10.00 credit when you purchase The Great War At Sea - The Opening Salvos. What's this?
+£4.50 UK Delivery or free UK delivery if order is over £35
(click here for international delivery rates)

Few photographs were taken during many naval actions and, when they were, it took a very long time before any appeared in the newspapers.

As a result, the press relied instead on contemporary combat illustrators and official war artists to produce the images which would both inform the public and, perhaps more importantly for them, sell their papers. This book showcases the work of those artists and provides a stunning and vivid graphic record of life and death on the high seas.