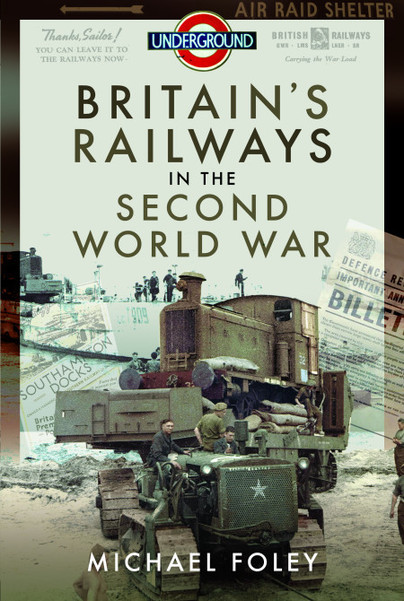 Add to Basket
Add to Wishlist
You'll be £18.75 closer to your next £10.00 credit when you purchase Britain's Railways in the Second World War. What's this?
+£4.50 UK Delivery or free UK delivery if order is over £40
(click here for international delivery rates)

"Readable and wide ranging look at railways in wartime. There are plenty of lively stories, many new to your reviewer."

The book is well laid out with numerous black and white photographs supporting the text throughout. The author’s style makes it very readable and it is a fitting tribute to those who worked so hard to keep the trains moving during World War II. This book will appeal to railway enthusiasts, military historians and anyone interested in this pivotal time in Britain’s history. Highly recommended.

"The author has taken a strictly chronological approach, which has the merit of enabling the story of how the railways were affected by, and coped with, the impact of war, to unfold in time order... Light is shed on a number of aspects and events I have not seen covered before... In addition there are some interesting stories from some of the railwaymen and woman involved... Many who have not read much about the railways during wartime before will no doubt find the account of much interest."

This important book is not only a fascinating insight into a crucial period of this country's railway network but also helps us to understand its history in the first half of the Twentieth century through the prism of the Second World War.

Offers us in his book the role that the railroads played in times of war and the effort of the people who worked in them in the defense of their country. The visual section consists of 104 black and white images.

This is a vivid story of the contribution made to the war effort by the British railways. This book is a fascinating account to be enjoyed – Very Highly Recommended 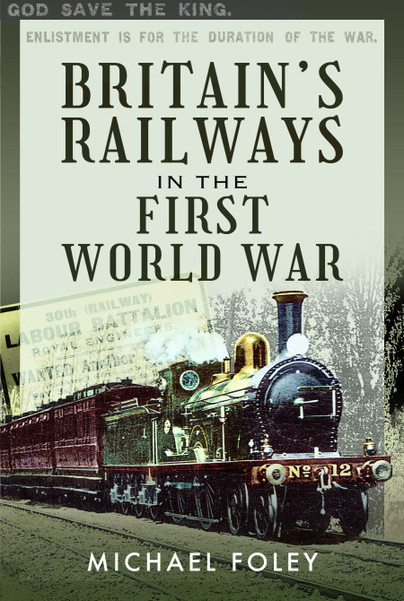 It is easy to believe that the only part that Britain’s railways played in the First World War was to carry the soldiers to the ships that would take them to France. This couldn’t be further from the truth. Without the help from the railways it is unlikely that the war would have been over as quickly as it was. In Britain’s Railways in the First World War Michael Foley examines how the railway system and its workers proved to be a vital part of the war effort, one contemporary writer even commenting that he thought they were as significant as the navy. The book describes how the enlistment…

Click here to buy both titles for £36.75
More titles by Michael Foley