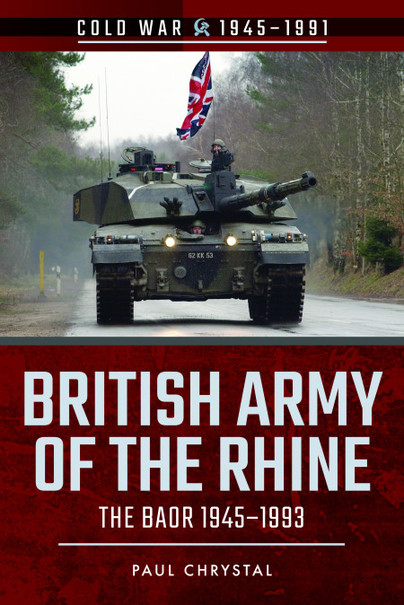 British Army of the Rhine (Paperback)

Add to Basket
Add to Wishlist
You'll be £10.49 closer to your next £10.00 credit when you purchase British Army of the Rhine. What's this?
+£4.50 UK Delivery or free UK delivery if order is over £35
(click here for international delivery rates)

Leaving aside my own personal response to this book, I have to say that it is packed with information about the Cold War and the BAOR. Anyone wanting to know about either subject could learn a great deal from It. There are relevant illustrations, including maps, and a useful bibliography.