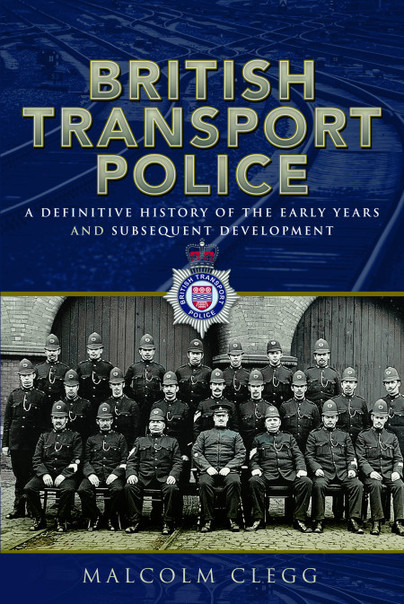 A definitive history of the early years and subsequent development

Preorder
Add to Wishlist
You'll be £22.50 closer to your next £10.00 credit when you purchase British Transport Police. What's this?
+£4.50 UK Delivery or free UK delivery if order is over £40
(click here for international delivery rates)

This book traces the history of the British Transport Police, the National Police Force responsible for policing the railways of England, Scotland and Wales. The roots of the Force go back almost 200 years, starting with the development of the railways during the Nineteenth Century. Hundreds of railway companies were founded and although mergers and amalgamations took place, by the end of the century, well over 100 railway companies were operating, most of which employed railway policemen.

The first railway policemen were recruited to work on the Stockton and Darlington Railway in 1826. Other railway companies quickly followed and by the 1850s, railway policemen with their smart uniforms and top hats were a common sight on Britain’s railways.

During the Twentieth Century, railway companies continued to merge before being nationalised in 1948. The following year, the British Transport Commission (BTC) was created to oversee not only the newly nationalised railway network, but also the nation’s docks, shipping, inland waterways, road transport, road haulage and other companies.

Also in 1949, the British Transport Commission Police (BTC Police) was created to take over the policing of these newly nationalised institutions. All the former railway, dock and canal police forces were then absorbed into the new BTC Police Force.

The BTC was abolished in 1962, having incurred serious financial losses. The BTC Police was renamed the British Transport Police in 1963 and has continued to operate ever since. It no longer polices the docks, harbours and canals for reasons outlined in this book.

Malcolm Clegg had a thirty year career as a Constable and Sergeant in the British Transport Police. The majority of his service was spent both in Uniformed and CID policing of the railways and docks at Newport, Cardiff and Swansea. He spent ten years in London, stationed at Paddington, Liverpool Street, Stratford and the London Underground Network. His final years were spent working as a Detective Sergeant in Swansea, investigating crimes in South and West Wales.