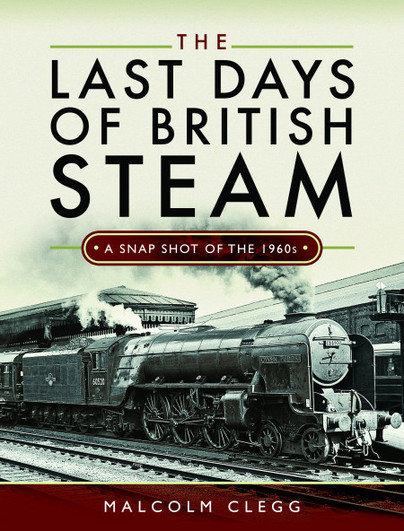 Add to Basket
Add to Wishlist
You'll be £25.00 closer to your next £10.00 credit when you purchase The Last Days of British Steam. What's this?
+£4.50 UK Delivery or free UK delivery if order is over £35
(click here for international delivery rates)

This volume covers the final decade of British steam, looking at steam traction in a wide variety of geographical locations around the British Railways network.

The book covers a wide variety of classes of locomotives, that were withdrawn during the last decade of steam traction, some examples of which are now preserved.

Malcolm Clegg has been taking railway pictures since the early 1960s and has access to collections taken by friends who were recording the steam railway scene during this period.

This book is a record of his and other people's journeys during the last decade of steam in the 1960s.

This is an enjoyable sojourn into the de-facto ‘mixed traction’ period where steam was celebrating it’s last hurrah. The assembled photographs are of a high standard, and the accompanying captions are concise but informative. The book is rounded out by a chapter devoted to additional locomotive details and information... This book would make a sensible addition to the library of any steam enthusiast with an interest in steam’s final years.