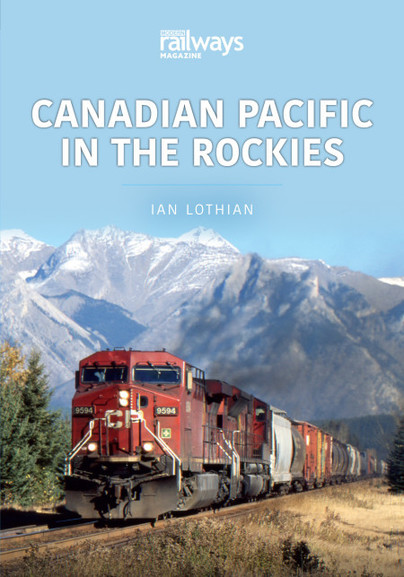 Canadian Pacific in the Rockies (Paperback)

Add to Basket
Add to Wishlist
You'll be £12.79 closer to your next £10.00 credit when you purchase Canadian Pacific in the Rockies. What's this?
+£4.50 UK Delivery or free UK delivery if order is over £40
(click here for international delivery rates)

The Canadian Pacific Railway was built to unite all the Canadian Provinces with a transcontinental line running from the Atlantic to the Pacific. Many obstacles were encountered during construction including the Rocky Mountains, a formidable range of mountains in Western Alberta and Eastern British Columbia. Originally planned to run further north, the line eventually crossed the Continental Divide at Kicking Horse Pass, a challenge to railway operating that still exists today despite the use of high-horsepower diesel locomotives. Illustrated with unique photographs, taken over a number of years, this book covers the line from Exshaw, where it first encounters the Rockies, to Golden. The variety of traffic found on the line is shown against a backdrop of stunning scenery that is encountered along the line. Also detailed is the other Canadian Pacific line in the south of Alberta, which traverses Crowsnest Pass.

Ian has had railway photographs published in magazines and publications in the UK, Canada, the USA, various European countries, Australia, New Zealand and South Africa. In 2003, he won the inaugural Photographer of the Year competition organised by Railways Illustrated magazine, one highlight of which was being asked to name Freightliner Heavy Haul's 66618 at the National Railway Museum at York.