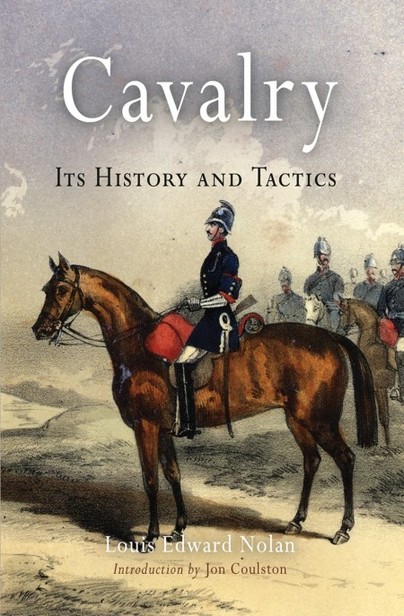 Its History and Tactics

Preorder
Add to Wishlist
You'll be £11.99 closer to your next £10.00 credit when you purchase Cavalry. What's this?
+£4.50 UK Delivery or free UK delivery if order is over £35
(click here for international delivery rates)

First published in 1853, Cavalry: Its History and Tactics had a major impact on military theorists and officers for decades - it was reprinted as a manual during American Civil War - and its influence on European cavalry performance can be traced into World War I. It is an intelligent work which discusses the history and development of cavalry over the ages, advocates a program of reform for Britain's horsed troops, and covers many aspects of equipment, training, drill, organization, formation, and battlefield tactics.
The author, an experienced and gifted cavalryman, first served in the Austrian army, then joined the British army's 15th Hussars in 1839, fought in India, and became the regimental riding master. Captain Nolan's 1852 tour of European armies, wide reading in many languages, and service in Europe and India makes Cavalry an extraordinary statement on mid-19th-century theory and practice.
As historian Jon Coulston explains in his introduction, Nolan was writing at the cusp of technological change, drawing upon the experiences of the Napolenic Wars, continetal suppression of the 1848 Revolutions, and Britain's wars in India, but with an eye to firepower developments on the eve of Crimean War. In 1854, at the battle of Balakava, Nolan rode with the written order which unleashed the Charge of the Light Brigade, an action in which he lost his life. Presented here as the first modern reprint, complete with a new introduction and further reading, Nolan's Cavalry remains a hallmark of military history

Louis Edward Nolan (1818 - 54) was born in Canada and lived in Scotland until he began his military career. He was aide-de-camp to General Richard Airey during the Crimean War. Jon Coulston is Lecturer in Ancient History and Archaeology at University of St Andrews.