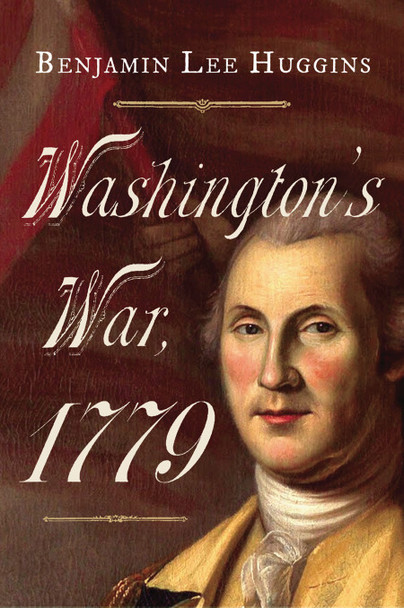 Add to Basket
Add to Wishlist
You'll be £19.99 closer to your next £10.00 credit when you purchase Washington’s War 1779. What's this?
+£4.50 UK Delivery or free UK delivery if order is over £35
(click here for international delivery rates)

A Journal of the American Revolution Book: While attacking the British and their allies at Stony Point, Paulus Hook, and upstate New York, George Washington prepared a bold plan to end the war in New York City

Despite great limits of money and manpower, George Washington sought to wage an aggressive war in 1779. He launched the Sullivan-Clinton campaign against Britain’s Iroquois allies in upstate New York, and in response to British attacks up the Hudson River and against coastal Connecticut, he authorized raids on British outposts at Stony Point and Paulus Hook. But given power by Congress to plan and execute operations with the French on a continental scale, Washington planned his boldest campaign.

When it appeared that the French would bring a fleet and an army to America, and supported by intelligence from his famed “Culper” spy network, the American commander proposed a joint Franco-American attack on the bastion of British power in North America—New York City—to capture its garrison. Such a blow, he hoped, would end the war in 1779.

Based on extensive primary source material, Washington’s War 1779, by historian Benjamin Lee Huggins, describes Washington’s highly detailed plans and extensive prepara- tions for his potentially decisive Franco-American cam- paign to defeat the British at New York in the fall of 1779. With an emphasis on Washington's generalship in that year—from strategic and operational planning to logistics to diplomacy—and how it had evolved since the early years of the war, the book also details the other offensive opera- tions in 1779, including the attacks in upstate New York, Stony Point, and Paulus Hook. Although the American and French defeat at Savannah, Georgia, prevented Washington from carrying out his New York offensive, Washington gained valuable experience in planning for joint operations that would help him win at Yorktown two years later.

BENJAMIN LEE HUGGINS served as an officer in the United States Navy and the Navy Reserve for twenty years. He received his PhD in history from George Mason University, and is a research associate professor and associate editor at the Papers of George Washington project at the University of Virginia. He has edited three volumes in the series and is currently working on a fourth. A regular contributor to the Journal of the American Revolution, he is also author of an essay in A Companion to George Washington, edited by Edward G. Lengel.