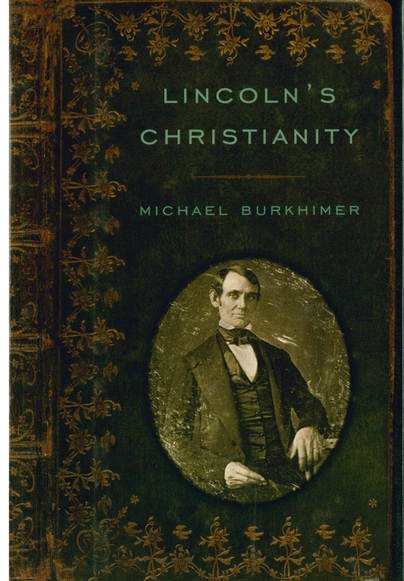 Add to Basket
Add to Wishlist
You'll be £16.99 closer to your next £10.00 credit when you purchase Lincoln's Christianity. What's this?
+£4.50 UK Delivery or free UK delivery if order is over £35
(click here for international delivery rates)

After Listening to Abraham Lincoln's second inaugural address, many in the audience were stunned. Instead of a positive message about the coming Union victory, the president implicated the entire country in the faults and responsibility for slavery. Using Old Testament references, Lincoln explained that god was punishing all Americans for their role in the calamity with a bloody civil war.

These were surprising words from a man who belonged to no church, did not regularly attend services, and was known to have publicly and privately questioned some of Christianity's core beliefs. But Lincoln's life was one with supreme sadness - the death of his first fiancee, the subsequent loss of two of his sons - and these events, along with the chance encounter with a book in Mary Todd's fathers library, The Christian's Defence, are all part of the key to understanding Lincoln's Christianity.
Biblical quotations soon entered his speeches - a point noted by Stephen Douglas in their debates - but it is unclear whether Lincoln's use of scripture was a signal that American politicians should openly embrace religion in their public lives, or a rhetorical tool to manipulate his audience, or a result of a personal religious transformation. After his death both secular and religious biographers claimed Lincoln as one of their own, touching off a controversy that remains today.

In Lincoln's Christianity, Michael Burkhimer examines the entire history of the president's interaction with religion - accounts from those who knew him, his own letters and writings, the books he read - to reveal a man who did not believe in orthodox Christian precepts (and might have had a hard time getting elected today) yet, by his example, was a person and president who most truly embodied Chritian teachings.

Having been the subject of a superb film four years ago, Lincoln's life and religious views are put under a dazzling spotlight by Michael Burkhimer in this superbly detailed, hugely enjoyable book. Certain modern-day British politicians pretend to Christianity whereas, were they to practice what they preach,
austerity-Britain would and should never have seen the light of day. The same cannot be said of Lincoln, as Burkhimer's book testifies.