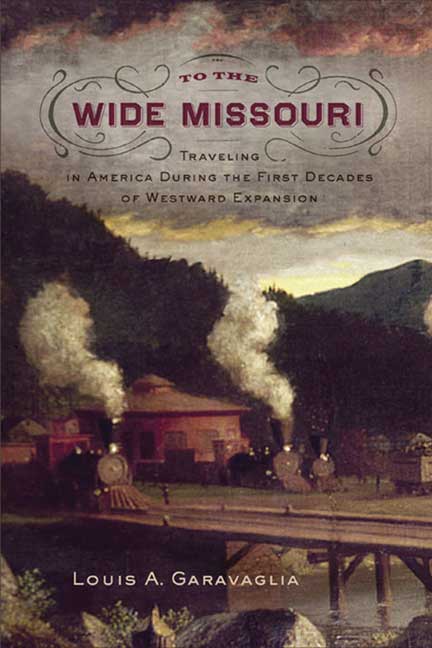 To the Wide Missouri (Hardback)

Traveling in America During the First Decades of Westward Expansion

Add to Basket
Add to Wishlist
You'll be £19.99 closer to your next £10.00 credit when you purchase To the Wide Missouri. What's this?
+£4.50 UK Delivery or free UK delivery if order is over £35
(click here for international delivery rates)

While the great overland migration routes to the American far west are well known and documented—the California, Oregon, Mormon, and Santa Fe Trails, the Central Overland and Pony Express—less attention has been given to how Americans in the first decades of the republic traveled across the western frontiers of the original colonies. Following the revolution, Americans began to seek their fortunes to the west in greater numbers. Land grants to veterans inspired others to move, including tradesmen, merchants, and tavern owners. With the Louisiana Purchase in 1803, the country doubled in size, and the rate of migration became extraordinary: wider and more durable roads were built, ferries installed at river crossings, canals cut to move goods, regular stage routes established, and ultimately the first railroads appeared. Entire regions that supported few communities in the 1790s exploded in
population, and as a result seven new states were admitted to the Union in the decade following the War of 1812. John Bradbury, who traveled through the United States between 1809 and 1811, wrote that “In passing through the upper parts of Virginia, I observed a great number of farms that had been abandoned, on many of which good houses had been erected, and fine apple and peach orchards had been planted. On enquiring the reason, I was always informed that the owners had gone to the western country.” “The time is close at hand,” a newspaper reporter in Maryland wrote, “when the region west of the Allegheny mountains will sway the destinies of the nation.” By 1839, the National Road extended more than 700 miles from Washington, DC, to central Illinois, New York’s Erie Canal operated from Albany to Buffalo, and the Baltimore and Ohio Railroad carried passengers briskly west, ultimately to the Ohio River.

To The Wide Missouri: Traveling in America in the First Decades of Westward Expansion by historian Louis Garavaglia covers the routes and methods that emigrants used to reach the west in the forty-year period following the Louisiana Purchase. Using contemporary maps and the graphic descriptions found in diaries, journals, letters, and newspaper accounts, the author details not only the land and water routes that led settlers to the western country, but also illustrates the hardship, perseverance, humor, and romance that colored their journey.

Although the great overland migration routes to America's far west are all well detailed, less information has surfaced on how Americans in the first decades of the republic traveled across the colonies. To The Wide Missouri puts and end to this absence of information and describes how the Americans began to search their fortunes in the West in greater numbers resulting in the migration of tradesmen, merchants and tavern owners. With chapters highlighting everything from 1801 to 1843 including waterways, railroads and stagecoach lines. the book uses clever prose backed up by maps and photos to illustrate how the Americans traveled across the Western frontiers. Louis A. Garavaglia uses his experience as an Army lieutenant in Vietnam to great effect and has created a book that will entertain you page after page.