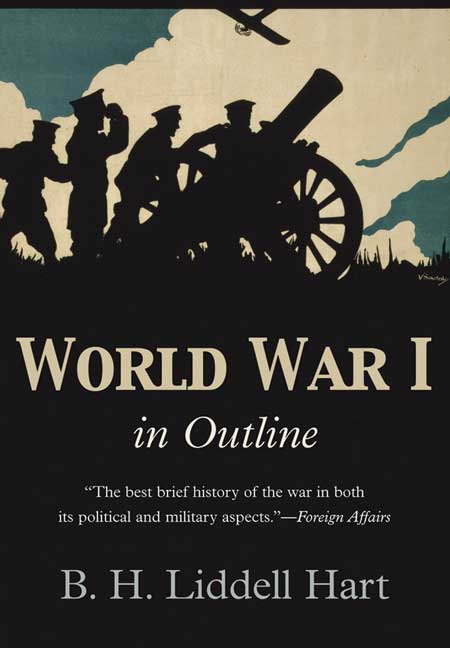 World War I in Outline (Paperback)

Add to Basket
Add to Wishlist
You'll be £14.99 closer to your next £10.00 credit when you purchase World War I in Outline. What's this?
+£4.50 UK Delivery or free UK delivery if order is over £35
(click here for international delivery rates)

A Concise Account of All the Major Battles, Innovations, and Political Events of the First World War by an Important Military Analyst

Praise for the Original Edition:

“With the lucidity and literary skill we have come to expect in his work, the author has written not only a concise history of the fighting on land and sea but a frank criticism of the 1914–18 military mind.”—New York Times

“The best brief history of the war in both its political and military aspects. Well proportioned and well knit.”—Foreign Affairs

“Liddell Hart's style is brilliant, and the whole narrative is fascinating even to one familiar with the whole dreadful story. Indeed, the sweep of the presentation may well be the envy of novelists.”—Nation

An abridgement of the author's History of the World War, 1914–1918, and first published in 1936, World War I in Outline is a compact but comprehensive history of the “war to end all wars.” Divided into five parts representing each year of the war, Liddell Hart discusses the war on land, at sea, and in the air while skillfully incorporating the political events occurring at the same time. From his own experiences in the war and through studying the conflict in detail, the author developed and expressed his most important observation about military principles: direct attacks against an enemy firmly in position should not be attempted. He also put forth the notion that battles are more often decided by the commander's actions and not the armies themselves. A lively and engrossing read, World War I in Outline is an ideal overview in time for the centennial of one of the major wars in history.