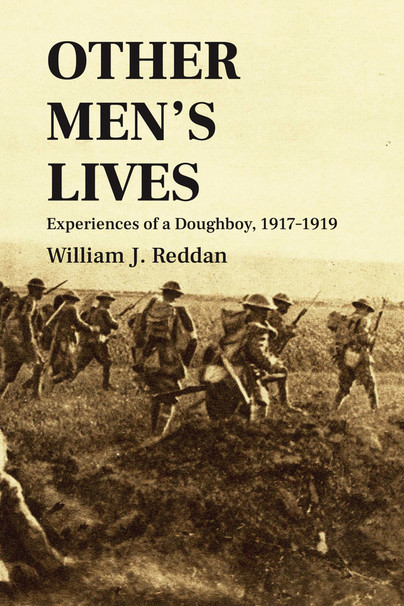 Add to Basket
Add to Wishlist
You'll be £16.99 closer to your next £10.00 credit when you purchase Other Men’s Lives. What's this?
+£4.50 UK Delivery or free UK delivery if order is over £35
(click here for international delivery rates)

Receiving orders in March 1917 to report for active service in the European war, Capt. William J. Reddan and his New Jersey National Guard unit joined the 29th Infantry Division of the U.S. Army. Following training for “Over There,” which included maneuvering under live machine gun and grenade fire and constant bayonet drills, Reddan assumed command of Company B, 114th Infantry—two hundred officers and men. Arriving in France in June 1918, Reddan and his company entered the frontline trenches along the Alsace front in August. Fighting side-by-side with the French, the 114th conducted patrols in “no-man’s land,” repulsed attacks, and endured artillery and chemical bar- rages. Toward the end of September, the regiment was moved by truck to a new sector: the Argonne Forest. Here, Reddan and his company would be part of the Meuse- Argonne offensive, the largest in the history of the U.S. Army. This final Allied assault would last until the Armistice, November 11, 1918, and claim the most American lives of the war. On October 12, Reddan and the rest of the 114th Infantry were ordered to take a German position that was supposed to offer little resistance; instead, Reddan watched in horror as his company was destroyed: of his two hundred officers and men, only thirteen survived the ordeal. Wounded by both shrapnel and gas, Reddan was evacuated to a field hospital and did not return to his unit until after peace was declared. Written in 1936, Other Men’s Lives: Experiences of a Doughboy, 1917–1919 recounts the complete story of Reddan’s company in the World War, including the true story of what happened in that tragic October battle as well as the political aftermath that sought to exonerate the upper command who had bungled the operation. This is the only edition in any form—print or digital—to appear since the book was first privately pub- lished.

WILLIAM J. REDDAN (1883–1944) was the commander of Company B, 114th Infantry, of the 29th “Blue and Gray” Division during World War I. Born in England, he emigrated to the United States with his parents in 1894. He joined the New Jersey National Guard in 1904 and he became a naturalized American citizen in 1906. He retired as a major and was awarded the Purple Heart, Silver Star, and New Jersey Distinguished Service Medal.