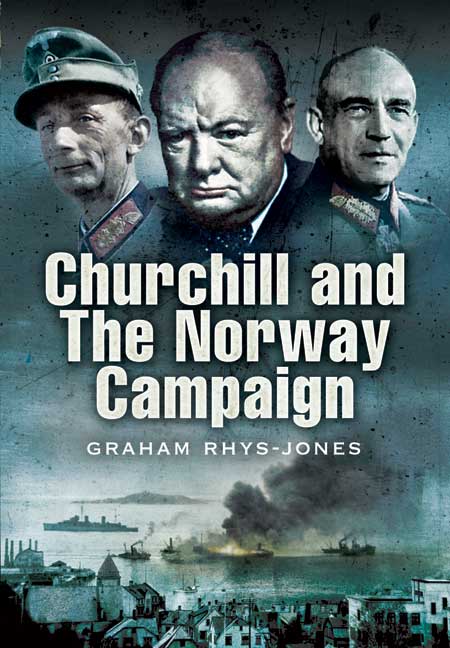 Churchill and the Norway Campaign 1940 (Hardback)

Add to Basket
Add to Wishlist
You'll be £19.99 closer to your next £10.00 credit when you purchase Churchill and the Norway Campaign 1940. What's this?
+£4.50 UK Delivery or free UK delivery if order is over £35
(click here for international delivery rates)

On 9 April 1940, the German Armed Forces seized Norway and Denmark in an operation remarkable for its precision and boldness. The Chamberlain War Cabinet was caught on the hop and responded with ineptitude. While this book examines the making of grand strategy it is first and foremost the story of this ill-fated campaign. It describes the attempts of naval and military commanders to respond to daily shifts in government policy and to grasp the methods of a new kind of enemy - one which seemed willing to take extraordinary risks and which had regained a level of tactical mobility not seen since Napoleonic times. Norway has been eclipsed by the larger disasters which followed shortly after notably the evacuation from Dunkirk and the fall of France. Although there is a substantial body of printed material touching on the subject, few accounts provide a clear view of the campaign as a whole and fewer still are easy to read. While the book concentrates on the higher levels of decision-making (War Cabinets, Chiefs of Staff, and Theatre Commanders), it gives equal emphasis to land, sea and air operations and the men who under took them and provides, as far as possible, an even balance between British and German perspectives.

In Norway... The King and government appeal to all Norwegians to fight. A new Commander in Chief, General Ruge, is appointed for the Norwegian Army. He replaces General Laake, who has resigned. In Belgium... the Belgian Army cancels all leave.

After the Allied failure in Central Norway, more preparation was given to the northern forces, including two squadrons of carrier-transported fighters operating from Bardufoss Air Station, one of them consisting of Hurricanes, the other of Gloster Gladiators. By 28 May, the Allies had succeeded in recapturing Narvik from German forces, but the German invasion of France and the Low Countries had immensely altered the overall situation of the war and the importance of Norway was considerably lessened. Operation Alphabet, the general Allied retreat from Norway, had been approved on 24 May and by 8 June, after destroying rail lines and port facilities, all Allied troops had been evacuated.