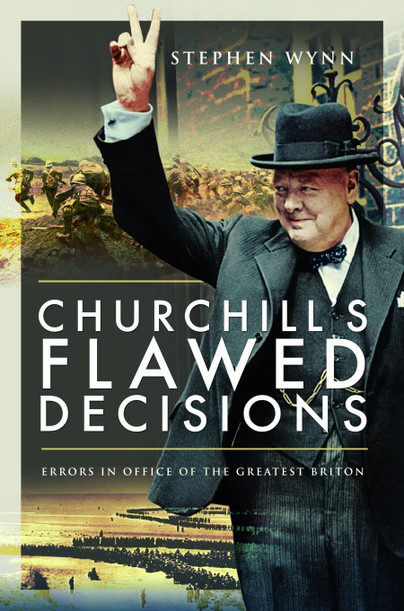 Add to Basket
Add to Wishlist
You'll be £12.99 closer to your next £10.00 credit when you purchase Churchill's Flawed Decisions. What's this?
+£4.50 UK Delivery or free UK delivery if order is over £35
(click here for international delivery rates)

"This book is a good read, and it allows us to see Churchill for what he was, a human being who made mistakes and yet was also capable of making good decisions, just like us. So maybe this book is a welcome antidote to the mythologisation of Churchill, which has taken place in recent years."

I started with the chapter on the "Fall of Singapore" as my father was taken prisoner being part of the 18th Division.
I found the book to cause the mind to debate what Stephen has written, which is a good thing.
Stephen debates rather than take a thin white line. I found this very rewarding as I got a lot from the book.
Stephen's book is well worth reading, as it goes very deep into some of Churchill's mistakes and left me debating in my own mind some of the chapters.
A very good read
Ronnie Taylor - FEPOW Family