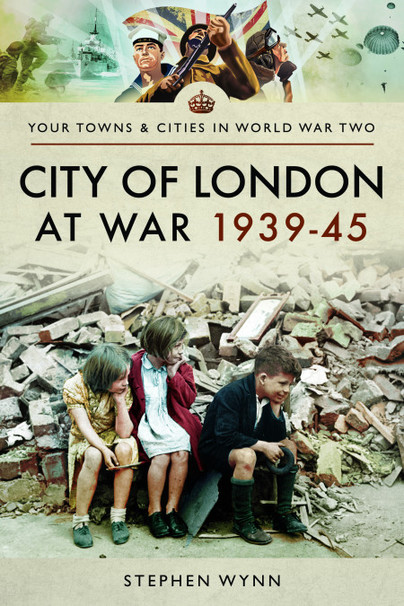 For anyone who has worked in the City will I am sure find this interesting, as so many of the places it includes are world famous and to see how the people who had to live through it coped with life during those years of war, the ARP wardens, the Fire Watchers and more. It also records the memory of the many civilians and service personnel who lost their lives during the war, either in the city or while abroad on active service. An interesting read even if you have never lived or worked in this famous City.

The book, like all those in the series, is a small mine of information about people and events, and Stephen Wynn gives us another great volume for the series "Your Towns & Cities in World War Two".

The very popular “Your Towns & Cities At War” series is building a unique collection of volumes providing a detailed local view of all parts of the British Isles during WWII. This new book provides the story of the City of London during WWII, the most bombed city and the first city to be attacked by cruise and ballistic missiles – Very Highly Recommended.

New book tells of courage amid carnage in the Square Mile