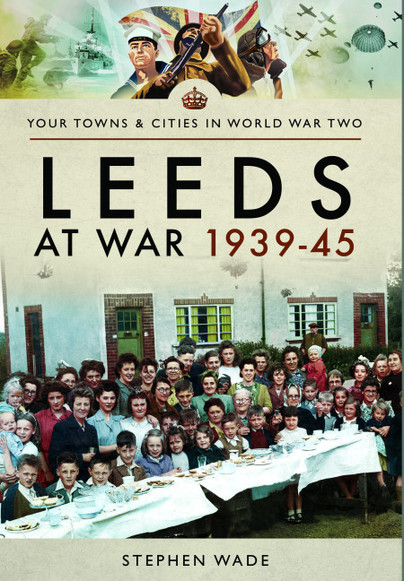 Leeds at War 1939-1945 is a comprehensive account of the city's experience of the war, covering in expert detail life on the Home Front set against the background of the wider theatres of war.

The narrative of that global conflict is given with a focus on the trials and ordeals that faced the people of Leeds as they cheered their men and women fighters off to war, were bombed and saw their children evacuated to rural areas.

Rare insights into the life of war-torn Leeds are included, along with untold stories from the footnotes of that history, from the air-raid shelters to the internment issues. The book incorporates the unique human record of that struggle from memoirs and memories, so that the reader sees the war bottom up from the ordinary people, although the military experiences of Leeds' citizens are not ignored.

More controversial topics are also touched upon, such as anti-Semitism, labour troubles and crime, to give a full and fascinating picture of a great city facing profound trials of endurance, courage, and that true Yorkshire grit that has been the hallmark of the citys rise to prominence in Britain.

It's an interesting mix of recording what was happening in the city, with personal anecdotes.