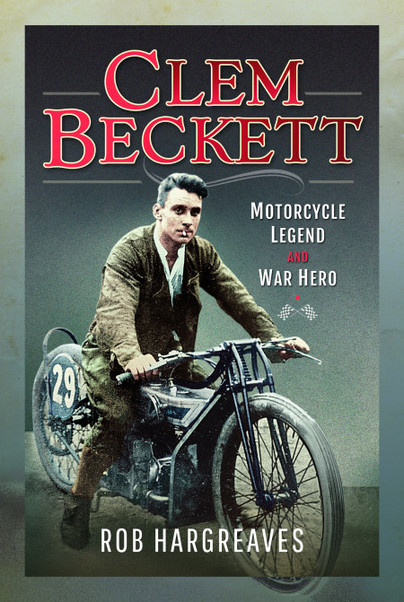 Preorder
Add to Wishlist
You'll be £20.00 closer to your next £10.00 credit when you purchase Clem Beckett: Motorcycle Legend and War Hero. What's this?
+£4.50 UK Delivery or free UK delivery if order is over £35
(click here for international delivery rates)

Clem Beckett was fourteen when he first rode a homemade motorcycle over the cobbled streets of his hometown. It was the start of a lifelong love affair with speed and machines. For Beckett, the motorbike was a means of escape from the uncertain future of Oldham’s stricken industries in the aftermath of the First World War. Beckett’s zest for life, his natural exuberance and determination to be a winner, overcame the disadvantages of a poor home bereft of a father. As a pioneering Dirt Track (speedway) rider he broke records galore, and as a volunteer in the Spanish Civil War he broke down class barriers. Whether as a tearaway teenager, an outspoken sportsman, or a member of the Communist Party, his life was characterized by broadsides of irreverence towards authority.

To Beckett, the appeal of revolutionary politics was youthful rejection of ‘old fogey’ values and the dominating role of of tweedy gentility in motorcycle sport. Reviving faded memories and anecdotes of his career as a pioneer speedway rider, this book traces Beckett’s extraordinary rise from blacksmith’s apprentice to superstar, in a new sport which typified the energy of the Roaring Twenties, and was characterised by risk-taking and serial injury. Ever the showman, and banned from the Dirt Track for trying to protect his fellow riders from exploitation, Beckett took to riding the Wall of Death.

Observing the rise of fascism on his travels in Europe, Beckett’s increasing involvement with politics led to marriage to the mysterious Lida Henriksen, and inexorably to volunteer service in the British Battalion of the International Brigades in Spain. A narrative spiced with anecdotes and new revelations about Beckett shows why from boyhood to the poignant circumstances of his death in battle, Clem Beckett inspired love and loyalty. 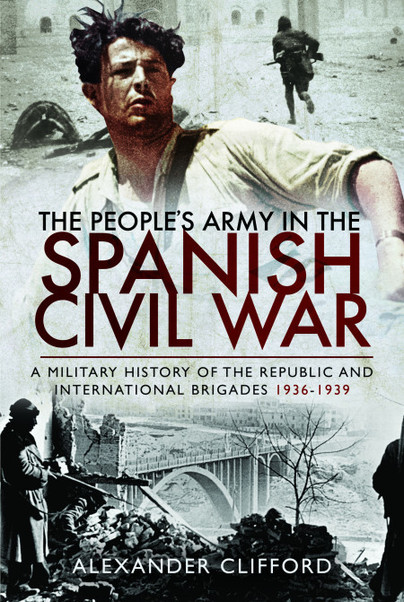 Why did the Spanish Republic lose the Spanish Civil War – and could the Republic have won? These are the key questions Alexander Clifford addresses in this in-depth study of the People’s Army and the critical battles of Brunete, Belchite and Teruel. These battles represented the Republic’s best chance of military success, but after bitter fighting its forces were beaten back. From then on the Republic, facing the superior army of Franco and the Nationalists, aided by Germany and Italy, faced inevitable defeat. This tightly focused and perceptive account of the military history of the Republic…