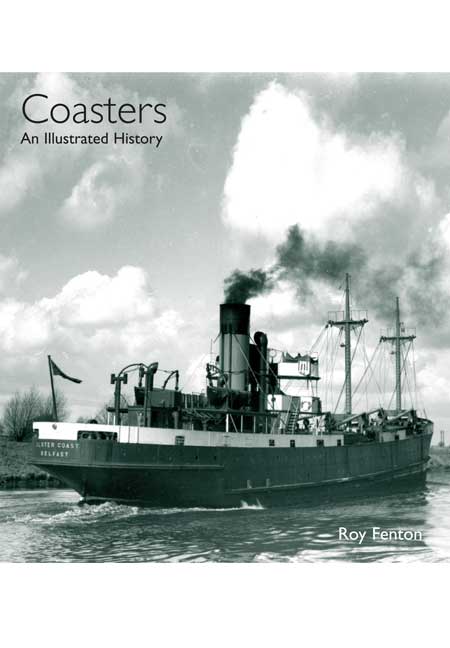 Click here for help on how to download our eBooks
Add to Basket
Add to Wishlist
You'll be £14.00 closer to your next £10.00 credit when you purchase Coasters. What's this?
Need a currency converter? Check XE.com for live rates

John Masefield's 'dirty British coaster with a salt-caked smoke stack, butting through the Channel in the mad March days' has become a ship type of universal appeal, both for its simple, functional beauty and its faithful toil before the advent of universal road haulage.

In this new book a collection of more than 300 photographs has been drawn together to tell the story of the development of the steam and diesel coasters, which originated mainly in the UK and the Netherlands. The term 'coaster' embraces a huge range of types including the steam colliers, the puffers, packets, steam flats and lighters mainly designed for inland seas, then the ubiquitous steam coaster itself, built in large numbers for use around British shores but also further afield in every corner of the world. Coastal tankers and other specialist types like chemical and cement carriers also evolved.

As well as the details of the ships themselves, the book covers cargo handling and stowing, machinery, the coastal trades, the owners and builders and, not least, the crews and their jobs and their lives at sea.

A hugely evocative and illuminating book to delight and inform ship enthusiasts everywhere.

Through the combination of good photographs and well researched captions, the book provides an informative history of steam and motor powered coasters during the period commencing from the 1860s up to the present time.
The book's introduction provides the descriptions of the various types of coasting vessels, the handling and stowing of cargoes, steam operated machinery, oil engines, coastal ship owners and ship builders.
The photographs and related captions are grouped in sixteen chapters, each having a single page preface. Individual chapters illustrate particular eras, vessel types specific to cargoes and to geographical areas.
All the captions contain details of the subject vessel's builder, launch date, dimensions, engine type, the original owners and other owners where applicable, a summary of cargo carrying a record of the ship's final demise or current status. There is an extensive bibliography and an index that lists in alphabetical order the names all the illustrated ships and their original build dates.