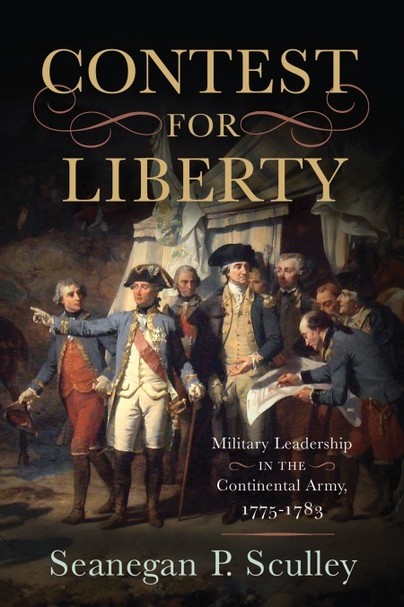 Military Leadership in the Continental Army, 1775–1783

Add to Basket
Add to Wishlist
You'll be £25.00 closer to your next £10.00 credit when you purchase Contest for Liberty. What's this?
+£4.50 UK Delivery or free UK delivery if order is over £35
(click here for international delivery rates)

• The author is to be named head of the history department at the United States Military Academy.

• One of the most remarkable aspects of the American Revolution and one that is not appreciated as much as it warrants is the fact that the Americans were able to develop a cohesive military in a short time and from scratch. When the first shots rang out at Lexington, there was no American force; Pennsylvania, for example, had no official military arm at the start of the war.

• The author explains the Herculean effort to gather, organize, arm, and discipline tens of thousands of men many of whom had no experience living in a large community.

• At the same time the army was being trained, those who were officers—whether through merit, experience, or political appointment—vied for rank and responsibility. While Congress did a brilliant job in appointing George Washington as commander-in-chief of the new Continental Army, subsequent backroom dealings on who or who would not be promoted led to various crises that, looking back, are a wonder they didn’t lead to Washington and his army’s defeat.

• It was the underrated steady hand and sagacity of Washington (think Baron von Steuben) that helped steer the Continental Army to its ultimate effectiveness, along with the attrition of officers who failed in the test of battle (Gates, Lincoln), those who rose up (Greene, Morgan), and those who underestimated the contest of liberty (Arnold).