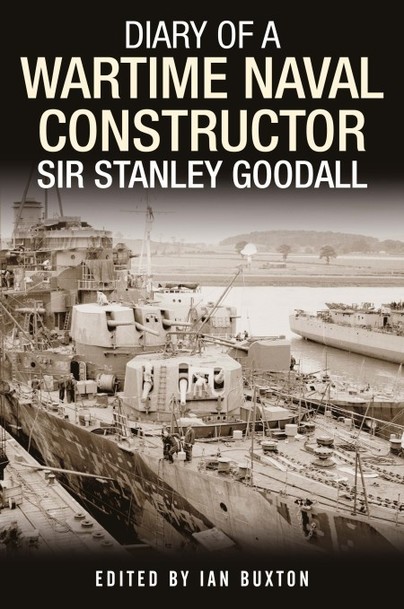 Click here for help on how to download our eBooks
Add to Basket
Add to Wishlist
You'll be £9.98 closer to your next £10.00 credit when you purchase Diary of a Wartime Naval Constructor. What's this?
Need a currency converter? Check XE.com for live rates

One of the most significant warship designers of the twentieth century, Sir Stanley Goodall rose through the ranks of the Royal Corps of Naval Constructors to become its head in 1936. The Corps was responsible for every aspect of the design and construction of British warships, and its head, the Director of Naval Construction, was the principal technical advisor to the Board of Admiralty. Although Goodall was succeeded in this post in January 1944, he remained the Assistant Controller Warship Production until October 1945 so was probably the single most influential figure in British naval technical matters during the war years.

His private diary was never intended for publication – indeed it seems to have been a vehicle for venting some of his professional frustrations – so his opinions are candid and unrestrained. His criticisms of many in the Admiralty and the shipyards are enlightening, and taken as a whole the diary provides new and unique insights into a wartime construction programme that built nearly a thousand major warships and a myriad of landing craft and coastal forces.

Dr Ian Buxton, a well-known authority on British shipbuilding, has edited the entries covering Goodall’s war years, identifying the various personalities and ships referred to (sometimes cryptically), while setting out the context in a number of introductory essays. As an insider’s view of a complex process, this book offers every warship enthusiast much new material and a novel perspective on an apparently familiar subject.