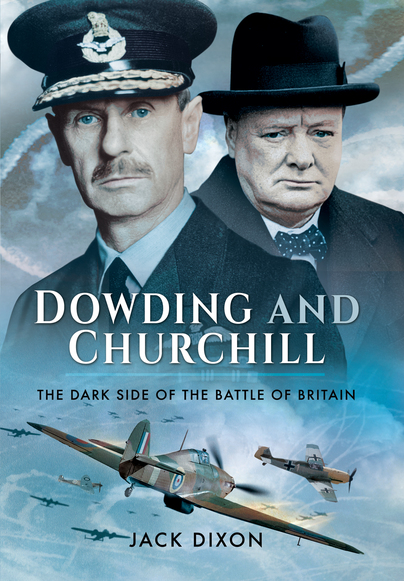 The Dark Side of the Battle of Britain

Preorder
Add to Wishlist
You'll be £11.99 closer to your next £10.00 credit when you purchase Dowding & Churchill. What's this?
+£4.50 UK Delivery or free UK delivery if order is over £35
(click here for international delivery rates)

Air Chief Marshal Sir Hugh – later Lord – Dowding was one of the greatest Englishmen of the 20th century. He created Fighter Command with its unique early warning system (radar) from nothing in 1936 to the efficient defensive force it became in 1940. In consequence Fighter Command was the only arm that was properly prepared for battle when war was declared against Germany. Hugh Dowding led Fighter Command in the Battle of Britain, and was victorious. The campaign, although a series of defensive engagements, was one of the decisive battles of Western Civilization.

The strategic importance of the Battle of Britain was recognized at the time, yet, the moment it was won Dowding was summarily relieved of his command and shuffled into retirement without recognition, reward or promotion. This book reveals that this was the result of a shabby conspiracy by fellow officers. The Air Ministry published a brief account of the Battle in March 1941 and in it there was no mention of Dowding. Churchill was furiously indignant. But in November 1940 he had acquiesced in Dowding's removal. Why? And what are the factors that led to Dowding's dismissal in the first place? In this thought-provoking and authoritative book Jack Dixon answers these questions and explains Dowding's true greatness.

'Exceptionally well researched and authoritatively written...unreservedly recommended to anyone with an interest in the wartime RAF in general and the Battle of Britain period in particular, and an excellent, if somewhat disturbing, read!'