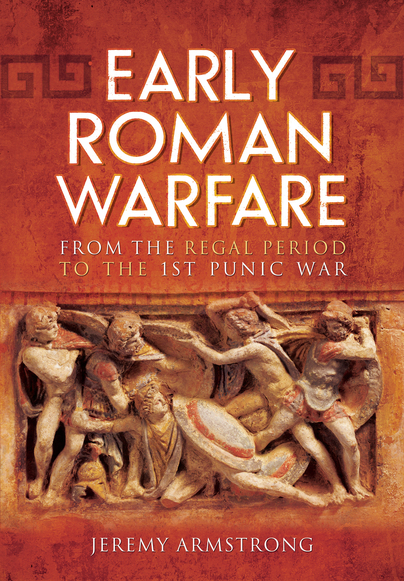 From the Regal Period to the First Punic War

Click here for help on how to download our eBooks
Add to Basket
Add to Wishlist
You'll be £4.99 closer to your next £10.00 credit when you purchase Early Roman Warfare. What's this?
Need a currency converter? Check XE.com for live rates

While copious amounts have been written about the Roman army, most study has focussed on the later Republic or the Imperial period when the legionary system was already well-developed. Here Dr. Jeremy Armstrong traces the development of Rome's military might from its earliest discernible origins down to the First Punic War. He shows how her armies evolved from ad hoc forces of warriors organized along clan lines to the sophisticated organization of the legions that went on to dominate all of Italy. Reassessing both the literary sources and the latest archaeological evidence to provide a fresh analysis of Roman military organization, equipment, tactics, and strategy, he shows how Rome's military apparatus adapted to meet the changing strategic needs of new enemies and broader ambitions.

A wonderfully rich examination of the earliest days of Roman warfare - of particular interest to me is the equipment they used, and the gradual development of a fighting force that eventually overcame most of the western world. An amazing history.

Dr. Jeremy Armstrong is a Senior Lecturer in Ancient History at the University of Auckland. He has published on various aspects of early Roman history, archaeology, and warfare, including War and Society in Early Rome: From Warlords to Generals (Cambridge, 2016), as well as editing Circum Mare: Themes in Ancient Warfare (Brill, 2016) and co-editing Rituals of Triumph in the Mediterranean World (Brill, 2013).