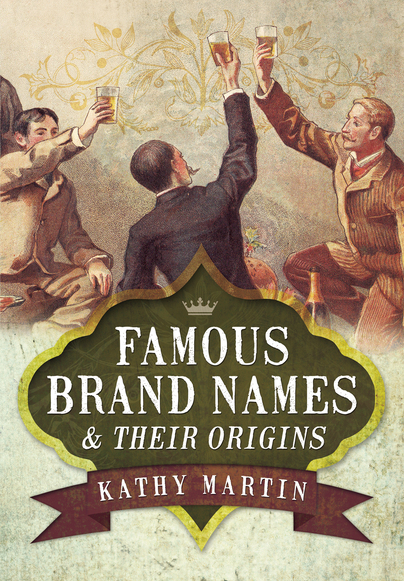 As featured in the Daily Express - Kathy Martin uncovers how brands like Bisto, PG Tips and Hovis got their names

As featured on Mail Online (03/01/17) - How Quality Street brought treats to the poor, how the Wall Street Crash created Nescafe and the birth of Coca-Cola: Secrets of our top brands revealed

As featured in the International Express on 4/1/17

You'll be £16.99 closer to your next £10.00 credit when you purchase Famous Brand Names and Their Origins. What's this?
+£4.50 UK Delivery or free UK delivery if order is over £40
(click here for international delivery rates)

Many brands, including Boots, Hoover and Kelloggs, were named after their founders whilst others have less obvious origins; for instance, did you know that Velcro comes from velours and crochet, the French words for ‘velvet’ and ‘hook’?
This entertaining book by Kathy Martin explores the stories behind the brands, their names and their founders. Bursting with fascinating facts and period advertising, this must-read book will appeal to everyone interested in advertising, social history, food and famous names.

Basis of author article on the brands that built Britain

This fascinating and enjoyable book tells the story of around 200 brand names, delving succinctly into their origins and fortunes over time, and makes for a great slice of social history.

Read it for: An engaging collection of brand histories

This is a well-written, slightly idiosyncratic and thoroughly delightful book. That the author knows and loves her subject is very evident...

...By its nature, this book is encyclopaedic, and although it can be completely read in one sitting (as this reviewer did), it is more a ‘dipping’ book to be consulted should one be interested in learning more about a specific brand or product.

A really fascinating read about many brand names that we never really stop to think about as they are so familiar. This book is full of interesting facts and will be enjoyed by many. Well researched and beautifully written. 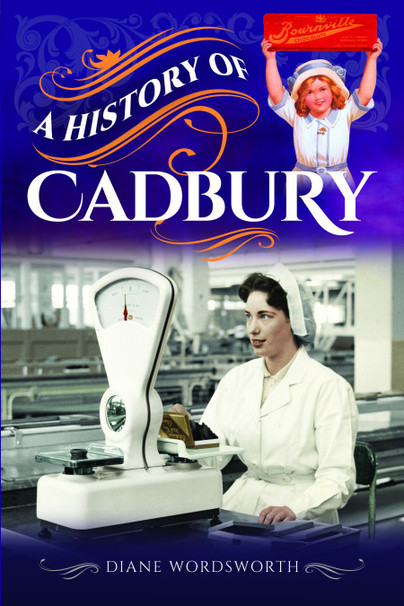 A History of Cadbury (Paperback)

Click here to buy both titles for £23.49
More titles by Kathy Martin