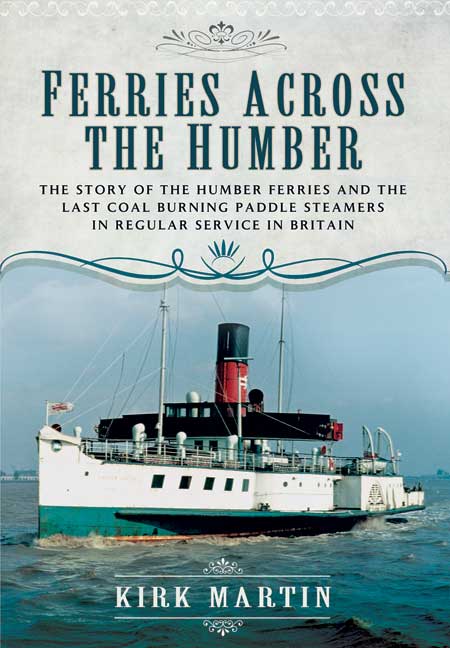 Ferries Across the Humber (ePub)

You'll be £9.98 closer to your next £10.00 credit when you purchase Ferries Across the Humber. What's this?
Need a currency converter? Check XE.com for live rates

Starting with an introduction about discovering the coal-burning paddle steamers of the Humber in the early 1970s the book continues with a brief history of the ferries of the Humber Estuary, the coming of the first paddle steamer, the Caledonia, in 1814 and the rapid expansion of steamers operating on the estuary

It includes personal memories of those who worked on, used and loved the Humber ferries. It especially looks at the paddle steamers, Tattershall Castle, Wingfield Castle and Lincoln Castle, which became the last coal-burning paddle steamers operating a regular service in the United Kingdom.

An appendix lists over 80 paddle steamers from the Caledonia of 1814 to the last of the line the Lincoln Castle identified as working on the Humber Estuary from published and archive sources. It includes the diesel powered paddle vessel Farringford which saw out the service in 1981 and also other vessels associated with the Hull to New Holland ferry.

Kirk Martin has decided to donate all his profits made by this book to the restoration and preservation of paddle steamers in the UK.

A great work based on a key issue such as economic expansion through existing means.

This delightful book will be read by steam and marine enthusiasts with enthusiasm. The story of the last coal-burning paddle steamers in regular service in Britain is told well and beautifully illustrated in colour. – Highly Recommended

This most excellent, brilliantly illustrated book is as much about the men (and women) who ran the Humber ferries, as it is about the craft they used. Some real characters here!

"As mentioned in the Towpath Talk."

This rare combination of a thoroughly well-researched, well-produced and well-illustrated book is a large format, full-coloured hardback, written by an enthusiast.
This excellent book will appeal to anyone with an interest in steam or the Humber.

In this lavishly illustrated and engagingly personal account, Kirk Martin sheds light not just on the origin of the Tatershell Castle, but traces the history of Humber crossings from the earliest times, to the opening of the Humber Bridge.

As seen in the Hull Daily Mail.

After attending school in Devon and London, Kirk moved to Derbyshire in 1965 where he started work on the railways at the age of 15. He spent five years on the railways in Derbyshire and London. Later, after attending college in Chesterfield, he went to Hull University in 1972 and discovered the coal-burning Humber ferries and spent three summers firing the Lincoln Castle. Together with his wife Katharine he spent fifteen years operating camping, hotel and community boats on Britain’s inland waterways. As well as writing articles on railways, paddle steamers and canals, his time firing London Transport steam engines is recalled in the book Red Panniers co-authored with John Scott Morgan.