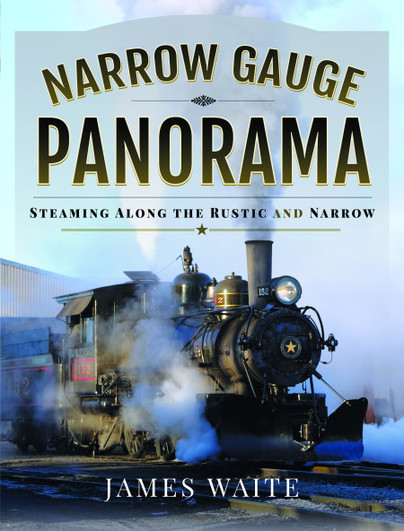 Steaming Along the Rustic and Narrow

Preorder
Add to Wishlist
You'll be £36.00 closer to your next £10.00 credit when you purchase Narrow Gauge Panorama. What's this?
+£4.50 UK Delivery or free UK delivery if order is over £35
(click here for international delivery rates)

This is James Waite’s second book for Pen & Sword about narrow gauge railways. He has travelled extensively in search of interesting, and often obscure, railways in remote locations.

His previous book looked at the narrow gauge scene around the world and how many of its historic railways were surviving in the twenty first century. This new volume looks at some of them in greater detail and uses much hitherto unpublished material.

The book is full of attractive and rarely seen photos. Some of them depict railways that were in their last days of everyday use, while others show heritage operations which still look much as they did when the trains were running commercially.

JAMES WAITE is a well-known and widely-respected photographer and historian of narrow gauge railways, and has for many years been a regular contributor to Narrow Gauge World, the UK’s leading magazine in this field.

He has been a life-long railway enthusiast who first became interested in the narrow gauge in his school days, and has been an avid photographer for more than fifty years.

This is his second book for Pen & Sword. His first, Twenty First Century Narrow Gauge, was published in 2019.

James continues to write books and magazine articles when not visiting remote and interesting parts of the world to explore new railways.