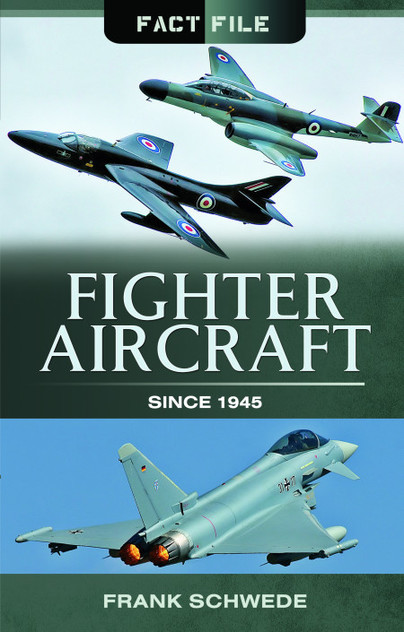 Click here for help on how to download our eBooks
Add to Basket
Add to Wishlist
You'll be £4.99 closer to your next £10.00 credit when you purchase Fighter Aircraft Since 1945. What's this?
Need a currency converter? Check XE.com for live rates

The world's first jet engines were already available shortly before the end of the Second World War, but they had not been developed to a high enough standard to take part. This changed after 1945 when, on both sides of the Iron Curtain, one technological development surpassed the others and records tumbled almost every week. The era of the piston engine was finally over and jet fighters now dominated the skies. By the mid-1950s their speed had already reached double that of the speed of sound; an achievement which a few years earlier, would have sounded to many like science fiction.

This book provides technical data along with a brief history of the development of each fighter type and it’s variants which are all organised by the country/bloc of origin. There are fighter aircraft from America, Russia, China and Europe covered with each being accompanied by some fantastic images of those airframes. The selection of aircraft included in the book illustrates the shift from the quest for greater speeds and altitudes for the worlds air superiority fighters to the quest for stealth and technological advancement instead.

A nicely presented history of fighter development since 1945. The aircraft are presented by country and include concise text with excellent colour photographs. – highly recommended.