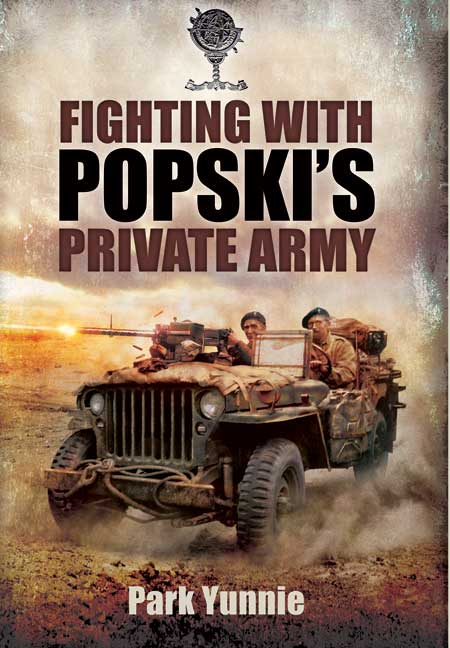 Click here for help on how to download our eBooks
Add to Basket
Add to Wishlist
You'll be £4.99 closer to your next £10.00 credit when you purchase Fighting With Popski's Private Army. What's this?
Need a currency converter? Check XE.com for live rates

This is the story of Popski's famous fighting unit, in the words of his second-in-command.

'Captain Bob Yunnie, MC', aka Park Yunnie, became the first recruit to the special unit founded in Cairo by Major Vladimir Peniakoff ('Popski'). As Eighth Army advances towards Tripoli, PPA sets out in jeeps across the desert to mount raids behind the Mareth Line. Yunnie relives the ensuing action at Gafsa and Kasserine, and vividly depicts the sorties which took the men straight across the German Line of Command.

As Tunis falls to the Allies on 7 May 1943, PPA train for raids on the Italian mainland. They are dropped by RAF gliders in central Italy, where they set about blowing up strategic targets while waiting for the Allied landings. Yunnie is given his own patrol, and in the narrative that follows, colourful characters flit in and out of the front-line action in the mountains of Southern Italy.

Yunnie's account is an honest, extremely personal, exposé of the thrills and occasional pitfalls of life with Popski and his men.

This wonderful adventure story is filled with such detail, written in narrative form it rushes along conveying the enthusiasm and excitement of those adventurous times.

As a result, this is an honest and extremely personal account of service and action in Popski's famous fighting unit in the words of his second in command.

Park Yunnie has an engaging writing style. Indeed, the PPA is lucky to have such a readable account available from such a major personality. It is also intriguing to note that although he was awarded the Military Cross (MC), Park Yunnie does not mention the decoration or the circumstances surrounding its award at all.

Park Yunnie served as second-in-command to Major Vladimir Peniakoff. He wrote his memoirs at the close of the war, returning to them in the late ‘50s when his account of the ‘warriors on wheels’ appeared for the first time in print.