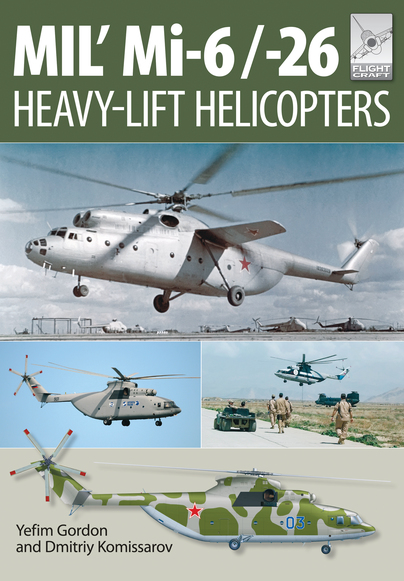 Click here for help on how to download our eBooks
Add to Basket
Add to Wishlist
You'll be £4.99 closer to your next £10.00 credit when you purchase Flight Craft 10: Mil' Mi-6/-26. What's this?
Need a currency converter? Check XE.com for live rates

The book is very well written by two of the foremost authors on Russian Aircraft Yefim Gordon and Dimitriy Komissarov fantastic research material for anyone wanting to build one of these huge helicopters.