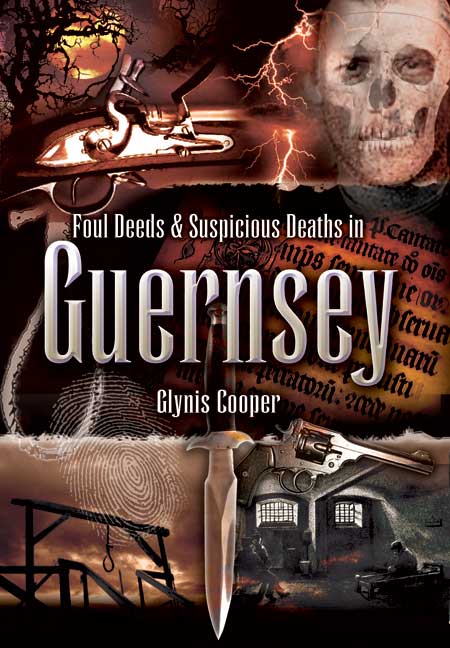 Click here for help on how to download our eBooks
Add to Basket
Add to Wishlist
You'll be £4.99 closer to your next £10.00 credit when you purchase Foul Deeds and Suspicious Deaths in Guernsey. What's this?
Need a currency converter? Check XE.com for live rates

The twin fascinations of death and villainy will always hold us in their grim but thrilling grip. In Foul Deeds and Suspicious Deaths in Guernsey the chill is brought close to home as each chapter investigates the darker side of humanity in cases of murder, deceit and pure malice. From crimes of passion to opportunistic killings and coldly premeditated acts of murder, the full spectrum of criminality is recounted here, bringing to life the sinister history of Guernsey from the Middle Ages to the twentieth century. For this journey into Guernsey's bloody, neglected past, Glynis Cooper has selected over 20 notorious episodes that give a fascinating insight into criminal acts and the criminal mind. Recalled here are the witch trials of medieval and much more recent times; murderous monks, smugglers and pirates; ecclesiastical executions; disappearances; murders attributed to magic and more mundane but nonetheless extraordinary cases like that of the girl who collapsed and died of shock after her fiance was murdered by a suicidal rival.
The human dramas she describes are often played out in the most
commonplace of circumstances, but others are so odd as to be stranger than fiction. Her grisly chronicle of Guernsey's hidden history will be compelling reading for anyone who is interested in the dark side of human nature.