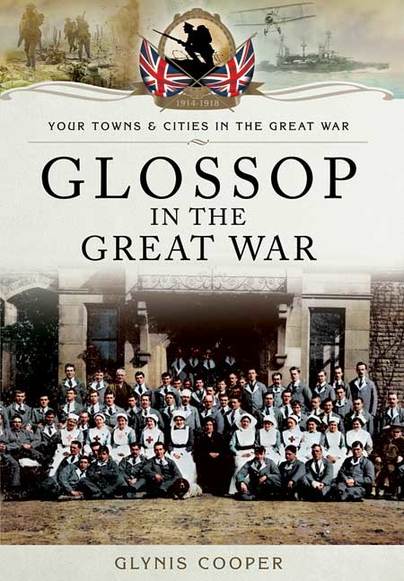 Glossop in the Great War (Paperback)

Add to Basket
Add to Wishlist
You'll be £5.00 closer to your next £10.00 credit when you purchase Glossop in the Great War. What's this?
+£4.50 UK Delivery or free UK delivery if order is over £35
(click here for international delivery rates)

A new book on Glossop during World War I focuses on the economic and social conditions, problems and hardships of those left at home in England played out against a background of military action on the Western Front, in Turkey, Egypt and Palestine. It chronicles the difficulties, hardships and restrictions of daily life for civilians; the morale of the town year by year as the War dragged on; the growing lists of casualties and the stoical determination of the townsfolk to contribute as much as they could towards the defeat of the Kaiser. Part mill town, part farming community, Glossop's real strength turned out to be its rural parochialism. When the call came to 'dig for victory' the townsfolk did so with enthusiasm and the women proved themselves just as capable as the men. 1914 and 1915 saw some optimism but this changed after the Battle of the Somme in 1916, which destroyed the glorification of war. 1917 was a bad depressive year but despair finally mellowed in 1918. 1919 saw the impact of the influenza epidemic, the erection of War memorials, and, to Glossop's horror, the award of a tank in recognition of the town's War efforts.

An excellent book, well-researched and full of fascinating long-forgotten stories. I found several family references, some of which I had previously no idea of.