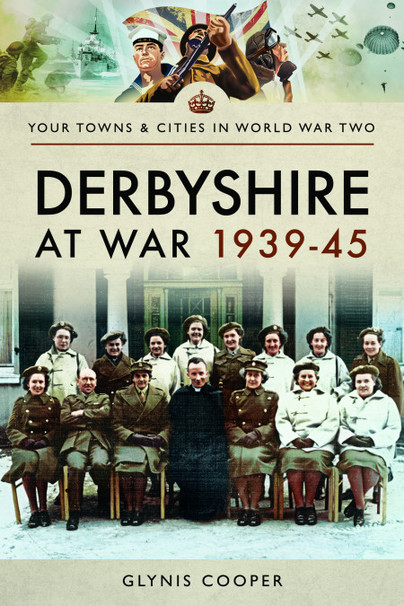 Few could believe that within twenty years of the war to end all wars being won, the world would once again be at war. Veterans of the Great War feared a repeat of events and, even worse, many knew that this time their children would also be involved in the fighting. What had all the sacrifice been about?

Derbyshire's towns and villages were badly affected by the Great War with many lives lost, families ripped apart and a way of life that had changed forever. Building and economic recovery had been hindered by the Great Depression and the county was not ready to face another war, nor for the problems of warfare from the air and some resulting plane crashes on its hillsides. Yet somehow the county and its people found the strength to unite against the enemy once more and ensure that Germany would never be victorious.

Derbyshire at War 1939-45 chronicles life on the Home Front during the Second World War, which reached into every home and affected every citizen, changing lives and the face of the county. It is also a timely reminder of the difficulties, hardships and restrictions faced by Derbyshire as the war dragged on, and how local communites overcame the odds that were stacked against them.

"Your Towns and Cities in World War Two" is the companion series to the one above (Enfield) and describes how, in this case, the people of Derbyshire's towns and villages coped with the unexpected and very unwelcome second world war. Glynis Cooper incovers some fascinating stories and facts. There are several other towns and cities featured in the series, which is essential reading for social historians.

An excellent addition to a very popular series, in this volume reviewing Derbyshire in WWII. Carefully researched and well-written, this new book also features many rare images in illustration – Highly Recommended.

The research was excellent.

I feel that this would be an ideal book for someone who is just starting out with, exploring the history of the place where they live.