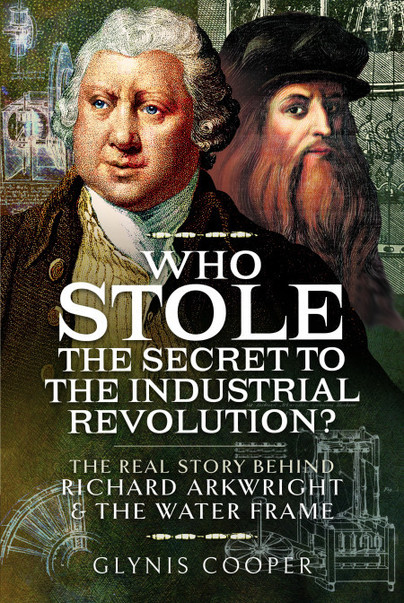 Who Stole the Secret to the Industrial Revolution? (Hardback)

The Real Story behind Richard Arkwright and the Water Frame

Preorder
Add to Wishlist
You'll be £16.00 closer to your next £10.00 credit when you purchase Who Stole the Secret to the Industrial Revolution?. What's this?
+£4.50 UK Delivery or free UK delivery if order is over £40
(click here for international delivery rates)

This book tells the story of how the Industrial Revolution in textile manufacture really began. Not in England with Richard Arkwright and the English cotton industry, but in Italy, with Italian Renaissance engineers and the Italian silk industry. Proof lies in the achievements of medieval Italian engineering, English archives and English legal case records.

Italy was the leading technological power in Europe from the 13th to the 17th centuries. The Italian Renaissance and the devastation caused by the Black Death (1347-49) brought forth a wealth of technological innovation and invention and the Italians automated much of the production of silk fabrics, using water as their power source, because there were no longer enough people left alive to carry out the work.

This book marks the 300th anniversary of John Lombe’s premature death. Part of the mystery surrounding his actions is why has the truth been concealed for so long and why has the Italian connection remained unacknowledged? It is time to place this episode of history in a proper context, to set the record straight, and to fully acknowledge the part played by Italy in the English Industrial Revolution.