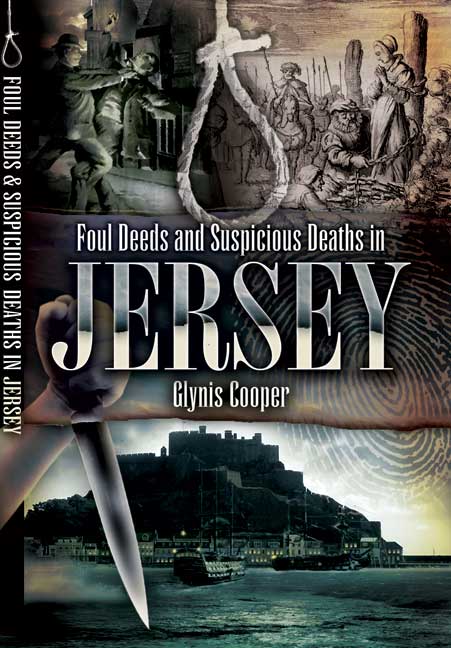 Click here for help on how to download our eBooks
Add to Basket
Add to Wishlist
You'll be £4.99 closer to your next £10.00 credit when you purchase Foul Deeds and Suspicious Deaths in Jersey. What's this?
Need a currency converter? Check XE.com for live rates

In a superb companion volume to her best-selling book Foul Deeds and Suspicious Deaths in Guernsey, Glynis Cooper turns her attention to the dark side of the past in Jersey. And there is no shortage of shocking stories to tell - crimes of passion and despair, cases of murder, deceit and pure malice, opportunistic killings and coldly premeditated acts of wickedness that are as disturbing today as they were in their own time.
For this journey into a neglected area in Jersey's history she has selected a revealing series of cases dating from the medieval period to the present day. She recalls the torture and execution of four female witches, the murderous outcome of a clash with Norman sheep stealers, a woman who married her husband's murderer and wreckers who preyed on Spanish treasure ships. And among the sensational episodes from more recent times are a schoolboy who raped a woman, the suicide of a jilted bride, the murder of French political refugees, a French general who was ruined by his lady love and corrupt officers who disgraced the Victorian police force.
The human dramas Glynis Greenman describes are often played out in the most commonplace of circumstances, but others are so odd as to be stranger than fiction. Her fascinating account of Jersey's secret history will be compelling reading for anyone who is interested in the flaws in human nature.