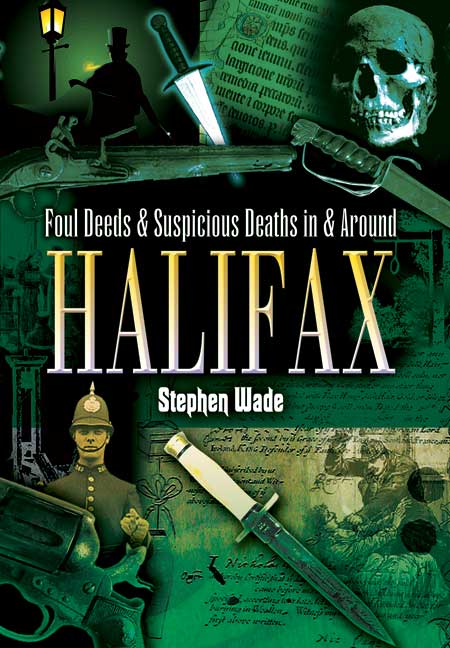 Foul Deeds and Suspicious Deaths in and around Halifax (ePub)

Signed copy available – request a signature plate at the checkout
Add to Basket
You'll be £4.99 closer to your next £10.00 credit when you purchase Foul Deeds and Suspicious Deaths in and around Halifax. What's this?
Need a currency converter? Check XE.com for live rates

Calderdale has gone down in the annals of crime in England as the birthplace of Christie of Rillington Place, and as the haunt of the Yorkshire Ripper. But there is much more in the criminal history of the Halifax area to interest the reader with a taste for true crime. As a town with a shifting population of labour for the new mills of the Industrial Revolution, Halifax in the nineteenth century was a focus for urban disorder and lawbreaking. This book tells some of the tales from this period of social history, and from earlier times, when feuds and brutal punishment for crime were the order of the day.

Here are the accounts of murders within the family, but also sad suicides and tragic assaults, public riots and violent vendettas. Every northern town has its darkunderbelly beneath the visible civic progress and commercial achievements Halifax and the cluster of towns nearby have had plenty of this nasty side of history, and these pages recount some of the most heinous and vicious crimes recorded between the anarchy of the Middle Ages and the dark twentieth century. The author, a graduate of Leeds University, is a social historian with a special interest in the chronicles of law and crime in the north. He has been a lecturer at the University of Huddersfield and has edited a number of books on literature and history with a regional context. He is currently working on Unsolved Yorkshire Murders, also published by Wharncliffe Books. He is planning to teach a course on the writing of crime in local history at the University of Nottingham.