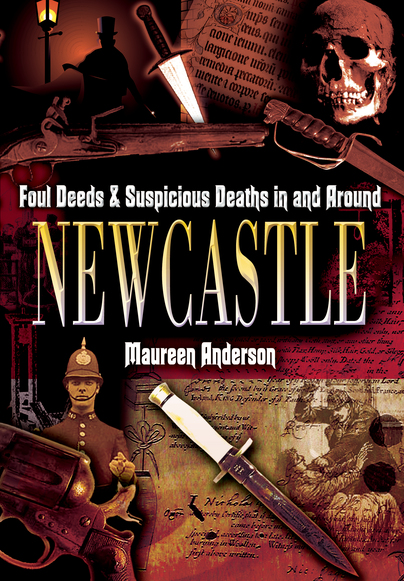 Foul Deeds and Suspicious Deaths in and around Newcastle (ePub)

Click here for help on how to download our eBooks
Add to Basket
Add to Wishlist
You'll be £4.99 closer to your next £10.00 credit when you purchase Foul Deeds and Suspicious Deaths in and around Newcastle. What's this?
Need a currency converter? Check XE.com for live rates

Newcastle, Gateshead, Morpeth, Tynemouth and North and South Shields were towns of great wealth because of the many natural resources in the area. Certainly by the eighteenth century, Newcastle had become the most important commercial centre in the north, but, along with the wealth of the merchants and the factory owners there was the dire poverty of the working class. A pall of dark fog would linger over the buildings caused by the pollution spouting out from the chimneys of the ironworks and other industries. Bad housing, sanitation, overcrowding and low wages bred superstition, ignorance and illiteracy. Alcohol was often the only release the poorer classes had from their otherwise hum-drum daily drudge. It was not only the men who would spend all their money in the many beer houses, women also would drink themselves into oblivion, even if it meant their children went hungry. Foul Deeds and Suspicious Deaths in and around Newcastle spans three hundred years of grisly events beginning with the execution of so-called witches. The stories will show the reader the depraved side of their fellow man and give an insight into the darkest side of the history of the area.

Three hundred years of historical misdeeds in and around Newcastle are covered in Maureen Anderson's compelling social history of the North East of England. Mesmerising!