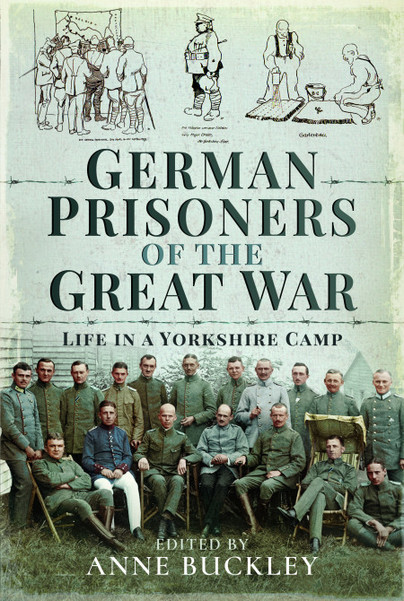 Click here for help on how to download our eBooks
Add to Basket
Add to Wishlist
You'll be £4.99 closer to your next £10.00 credit when you purchase German Prisoners of the Great War. What's this?
Need a currency converter? Check XE.com for live rates


This publication is important for two reasons. Firstly, it helps tell the story of the 120,000 German POWs who were held in the UK during the Great War. Their experience is virtually unknown and this book complements Richard Pursehouse’s recent Prisoners on Cannock Chase (Pen & Sword, 2020) that looks at German POWs at Brocton Camp in Staffordshire. Secondly, it gives a fascinating perspective on captivity, how soldiers coped with imprisonment and their activities to keep their morale up. For example, it tells of escape attempts and German POW perspectives on the March 1918 offensive.

This is a fascinating, riveting and timely book.

"...an important contribution to the historiography of World War I."