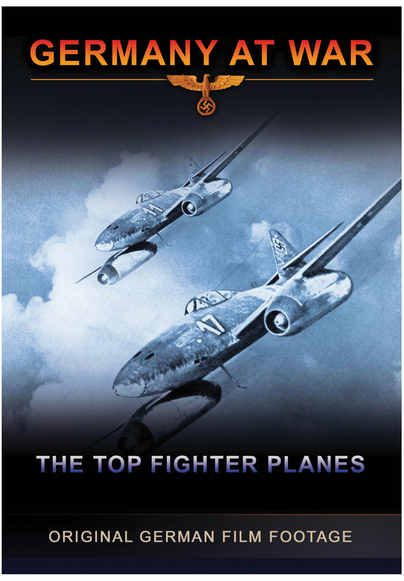 Add to Basket
Add to Wishlist
You'll be £11.25 closer to your next £10.00 credit when you purchase Germany at War - The Top Fighter Planes. What's this?
+£4.50 UK Delivery or free UK delivery if order is over £35
(click here for international delivery rates)

Between 1939 and 1945, the nations involved in the Second World War fought tirelessly for the skies above Europe and the Pacific Ocean. In order to secure victory against the enemy, the quality of the planes and the skill and courage of the pilots would be a deciding factor which would ultimately give the victor the upper hand in the war. Often the advanced technology of the planes would determine the outcome of life and death.

This DVD explores the many varying forms of aircraft used during WWII and the famous pilots and squadrons that flew them. Using original archive footage, the DVD documents the infamous “Lafayette Escadrille”, the “Eagle Squadron” and the “Flying Tigers”. These squadrons consisted of pilots that flew missions for other countries in return for large sums of money. In a time of honour and national pride, these pilots were modern day “Bounty Hunters” who killed for the side offering the highest price. The “Flying Tigers” were an unofficial squadron formed by the USA, with its members holding lucrative contracts with salaries three times what they would usually earn in the U.S. Air Force. Combined with a selection of bonus footage and original picture galleries, this DVD gives a fascinating insight into some of the most colourful aviation characters of the Second World War.