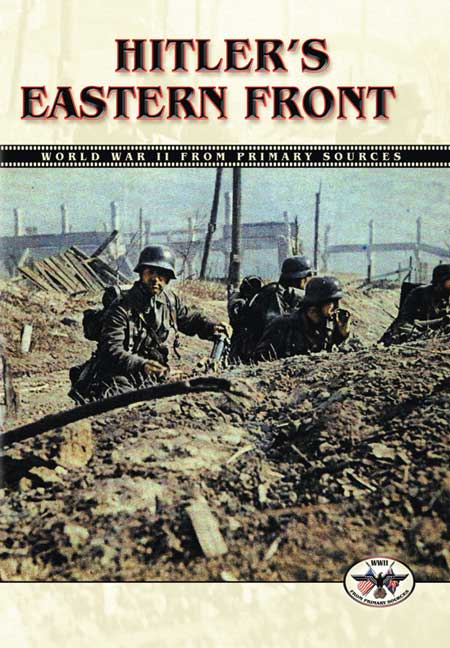 Add to Basket
Add to Wishlist
You'll be £9.99 closer to your next £10.00 credit when you purchase Hitler's Eastern Front. What's this?
+£4.50 UK Delivery or free UK delivery if order is over £35
(click here for international delivery rates)

On June 22nd 1941 three huge German Army Groups launched a surprise attack on Soviet Russia. The most barbaric and brutal struggle in history was about to be played out to the death.

History is always written by the victors, but this is the other side of the coin. Here is the German experience of the war in Russia, a powerful study of that titanic conflict as seen through contemporary German newsreels and told in the words of the men who fought and died for Hitler.

The three films on this DVD trace the fate of the three Army Groups which began the campaign, and follow the course of this vicious campaign as the optimism of Barbarossa inexorably rolls on towards to the crushing disappointment of the final bitter surrender to the victorious Red Army.