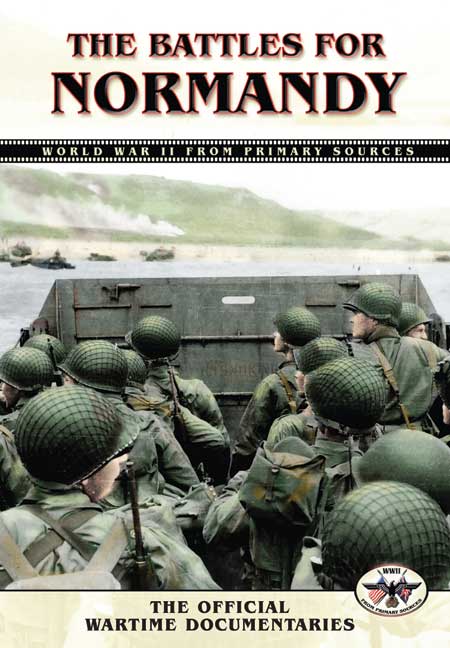 The Battles For Normandy (DVD)

Add to Basket
Add to Wishlist
You'll be £9.99 closer to your next £10.00 credit when you purchase The Battles For Normandy. What's this?
+£4.50 UK Delivery or free UK delivery if order is over £40
(click here for international delivery rates)

This is the comprehensive review of the Allied campaign in Normandy from primary sources including extensive eyewitness accounts, Allied plans, intelligence reports, historical documents and combat reports.

The Allied campaign in Normandy is one of the most spectacular and unusual military campaigns ever undertaken. The successful implementation of the Normandy Campaign required a vast assembly of men and machines, detailed planning at every level and raw courage to carry out the plans.

What is astonishing is that the entire operation proceeded almost exactly according to the plans laid down by the Allied High Command. The River Seine was reached by D-Day plus 90 and Paris was soon in Allied hands.
This is the story for the campaign in Normandy as told from primary sources including extensive eyewitness accounts, Allied plans and combat reports. This is the complete newsreel history of the battle for France from the Allied perspective by air, sea and land.