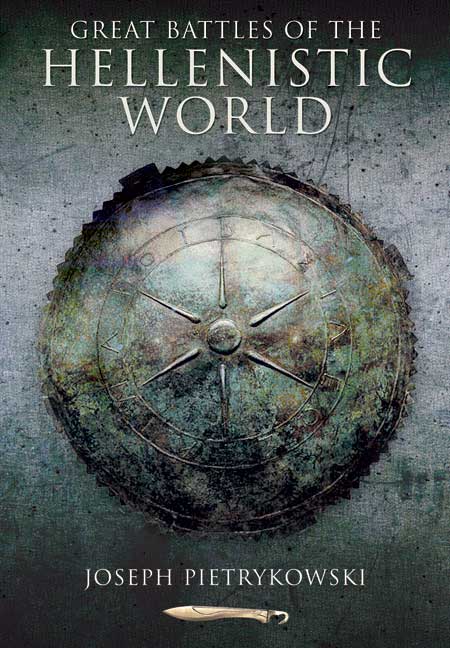 Click here for help on how to download our eBooks
Add to Basket
Add to Wishlist
You'll be £4.99 closer to your next £10.00 credit when you purchase Great Battles of The Hellenistic World. What's this?
Need a currency converter? Check XE.com for live rates

For almost two centuries the Macedonian phalanx, created by Philip II and refined by his son, Alexander the Great, dominated the battlefields of the ancient world from the sweltering riverbanks of India to the wooded hills of Italy. As the preferred weapon of some of antiquity’s greatest commanders, this powerful military system took centre stage in many of the largest and most decisive conflicts of ancient times. In Great Battles of the Hellenistic World, Joseph Pietrykowski explores the struggles that shook the ancient world and shaped history. From the structure and composition of the opposing armies, to the strategy of their campaigns, to the leadership decisions and tactics that decided the engagements, Great Battles of the Hellenistic World examines seventeen landmark conflicts from Chaironeia to Pydna over the course of 170 years of bloody warfare

Amazing accounts of seventeen of the major conflicts of the ancient world.