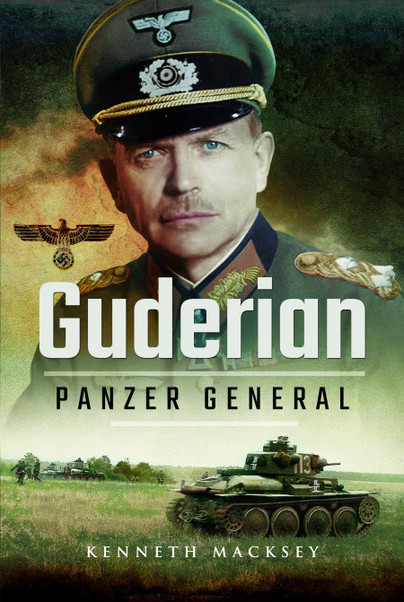 Add to Basket
Add to Wishlist
You'll be £14.99 closer to your next £10.00 credit when you purchase Guderian: Panzer General. What's this?
+£4.50 UK Delivery or free UK delivery if order is over £35
(click here for international delivery rates)

A superbly researched account of General Heinz Guderian, who proved himself to be an able commander but is primarily known for his role in developing the panzer arm of the Wehrmacht during the inter-war years, and in evolving the idea of Blitzkrieg, which revolutionised warfare when his massed formations of panzers rapidly overran Poland, the Low Countries and France in 1939-40. Most of the book focuses on these earlier periods in the conflict and his part in the opening phases of the invasion of Russia, before his dismissal in the final days of 1941. The remainder follows his return to favour as Chief of the General Staff in 1943, though so dire were Germany's military prospects at this time that his impact was limited. Drawing on a wide range of sources, including material from the Guderian family archive, Macksey explores how his ideas were put into effect, and sheds light on his character, as well as his complicated and sometimes difficult relationships with Hitler, senior figures in the Nazi party, and his fellow generals.