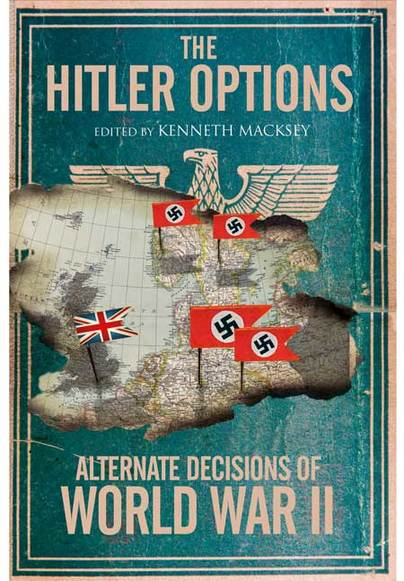 Click here for help on how to download our eBooks
Add to Basket
Add to Wishlist
You'll be £4.99 closer to your next £10.00 credit when you purchase The Hitler Options. What's this?
Need a currency converter? Check XE.com for live rates

'A thought-provoking study of what might have been.' British Army Review

What would have happened if Hitler invaded England in July 1940, or concentrated on the capture of Moscow in 1941 instead of first diverting to Kiev? Or if Rommel had implemented Plan Orient in 1942, striking across the Middle East to join Japanese forces moving to India? How would the course of World War II have been changed if Churchill had persuaded the Americans to concentrate on attacking the 'soft underbelly' of Europe instead of Northern France?

In this compelling book, ten acclaimed military historians explore what might have happened if at ten crucial turning-points of the war Hitler had taken a different direction, or how he would have reacted if the Allies had changed course. Each scenario is based on real situations and are within the bounds of what could genuinely have occurred.

With vivid and realistic descriptions of the ensuing campaigns and battles, The Hitler Options is a gripping, thought-provoking and, at times, disturbing look at what could have been.