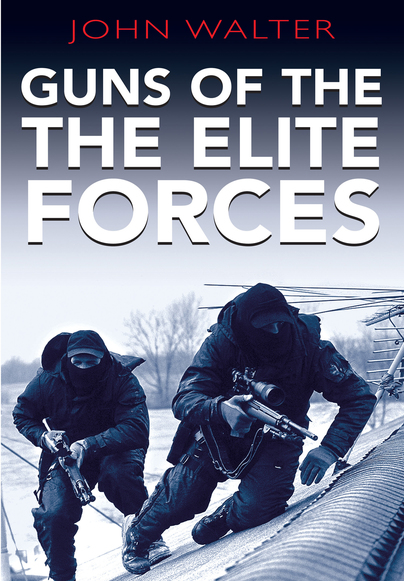 Guns of the Elite Forces (Paperback)

Add to Basket
Add to Wishlist
You'll be £16.99 closer to your next £10.00 credit when you purchase Guns of the Elite Forces. What's this?
+£4.50 UK Delivery or free UK delivery if order is over £35
(click here for international delivery rates)

Guns of the Elite Forces provides a penetrating account of the weapons that elite fighting troops carry into combat. Such elites have always existed in the armies of the world. During the Second World War, elite units sprang up in most theatres of conflict – the German Brandenburgers carried out clandestine operations in Poland; in the Western Desert, the Long Range Desert Group and SAS penetrated deep behind enemy lines; for larger-scale raids the British Commandos and the US Rangers and Marine Raiders were formed.

In the last few decades, and particularly since 9/11, a very special sort of fighting man – a member of an international elite, his fighting skills finely honed – has risen to prominence. At Entebbe, Mogadishu and the Iranian Embassy in London, he has shown his mettle. At the crucial point, the operative must depend upon his gun. Bursting into a room to confront a terrorist, the raider must be sure his weapon will perform perfectly. At long range, precision is similarly essential.

In this highly illustrated book, expert John Walter provides an overview of the weapons elite forces carry into action, as well as the guns their enemies wield. This is highly recommended to anyone interested in the arming of the elite forces of the military and civil powers around the world.

This is a nicely balanced work looking at the various weapons used by Elite Forces around the world. Following a brief introduction and a recap on weapons in WWII, the author then embarks on the whys and wherefores of Elite Forces having weapons such as those covered in the book. Weapons used by these specialist units engaged in counter-terrorist operations are not developed for their sole and exclusive use. The weapons are standard types, which just happen to be used by these Elite units. They are trained to an exceptionally high degree of proficiency beyond that of the ordinary soldier. The contents are well laid out and all weapon types covered from pistols to sniper rifles and shotguns. A summary of accessories is useful. All in all, a very interesting read.