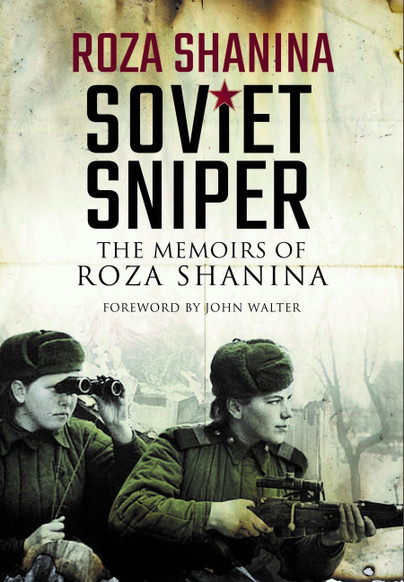 The Memoirs of Roza Shanina

Click here for help on how to download our eBooks
Add to Basket
Add to Wishlist
You'll be £5.99 closer to your next £10.00 credit when you purchase Soviet Sniper. What's this?
Need a currency converter? Check XE.com for live rates

Described as the ‘unseen terror of East Prussia’, Soviet World War II sniper, Roza Shanina was celebrated for her remarkable shooting accuracy and astonishing bravery. Volunteering for military service after the death of her brother in 1941, she fought her way to the frontline and became a key player in a number of major battles. With 59 confirmed Nazi kills, she became the first servicewoman of the 3rd Belorussian Front to receive the Order of Glory.

Although it was strictly forbidden within the Soviet military to keep a combat diary, Shanina managed to maintain hers throughout the last 4 months of her life. In it, she describes the hardships, triumphs, mundanities and extremities of war, the relationships formed and the comrades lost. Translated into English for the first time, the diary is a rare insight into the complexities of what is was to be both a sniper and a woman on the frontline and stands as a testament to Shanina’s humour, determination, extraordinary courage and indefatigable spirit.

Roza Shanina was born in 1924 in the Northern Russian village of Yedma in Arkhangelsk Oblast. Running away from home to attend school at the age of fourteen, she went on to became a kindergarten teacher before signing up for the Soviet military in 1941. Graduating from the Central Women’s Sniper Training School with honours, she went on to serve on the frontline and was awarded 2nd and 3rd class Orders of Glory and the Medal for Courage. She died in battle whilst shielding a wounded artillery officer in January 1945.

Other titles in Greenhill Books...
Audiobook